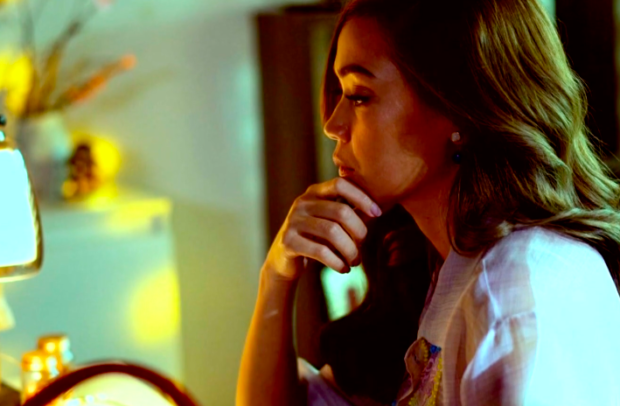 Jodi Sta. Maria shared that being offered the titular role in the Philippine remake of “Doctor Foster” was a “surreal” experience.

Sta. Maria will be playing Dr. Jill Ilustre, the Gemma Foster of the Filipino adaptation titled “The Broken Marriage Vow,” ABS-CBN revealed via Facebook yesterday, May 7.

In the video announcement, fans were given a glimpse of Sta. Maria in character along with a short message from the actress, who shared that being given the opportunity really came as a pleasant surprise.

“I got a call from my manager telling me that the role of Doctor Foster is being offered to me, so parang, I was like, ‘Joke ba ‘to (Is this a joke)? Is this real?'” Sta. Maria recalled.

“Hindi ako makapaniwala. And now, we’re doing a Philippine adaptation and then the role was offered to me — parang napaka-surreal noong moment na ‘yon,” she added.

(I could not believe it. And now, we’re doing a Philippine adaptation and the role was offered to me — the moment was very surreal.)

Sta. Maria then expressed her excitement as she noted that “The Broken Marriage Vow” will be “shown on different platforms with bigger reach.”

Despite her excitement, however, Sta. Maria admitted that she is also feeling “a lot of pressure” for taking on the iconic role.

“She’s a mom, she’s a wife, she’s intelligent, she’s empowering. Her love language is being of service to others and she’s also a community doctor,” Sta. Maria described her character.

Sta. Maria will be starring alongside Zanjoe Marudo’s Dr. David Ilustre, Jill Ilustre’s husband who will be having an affair with Sue Ramirez’s Lexy Lucero—the Filipino versions of the BBC drama’s Simon Foster and Kate Parks, respectively.

Teen star Zaijan Jaranilla will, meanwhile, play the only son of the Ilustres, Gio Ilustre, who is the equivalent of Tom Foster in the British series.

The BAFTA award-winning series of BBC Studios centers around a trusted doctor whose life implodes when she suspects her husband of having an extramarital affair. It was originally written by Mike Bartlett and produced by Drama Republic.

Read Next
‘SNL’ host Elon Musk takes a Saturday off from Tesla’s troubles
EDITORS' PICK
Smart brings KCON:TACT especially 4U to subscribers from June 19 to 27
Smart celebrates all kinds of ‘#SimplyLove’ for Pride Month
Behind Terance Mann’s 39, Clippers oust Jazz in Game 6
SWS: Over 12M Filipinos still jobless as of May 2021
WATCH: INQside Look with Fil-Am actress Aina Dumlao
Gilas out to prove Korea win not a fluke; Tab fires back at ‘lucky shot’ remark
MOST READ
Underdog Dasmariñas vows to fight to the death vs Inoue
Brazil set to pass half a million COVID-19 deaths
The opposition’s dilemma
Anne Curtis, Solenn Heussaff to launch new project ‘Tili Dahli’ next week
Follow @IBiongINQ on Twitter
Don't miss out on the latest news and information.