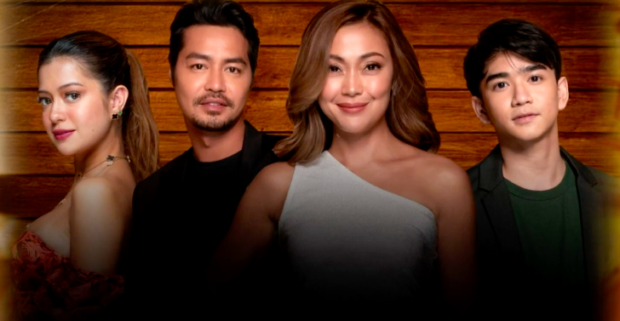 Jodi Sta. Maria will be taking on the role of Dr. Jill Ilustre, the Gemma Foster of the Filipino remake of BBC Studios’ hit drama “Doctor Foster.”

Sta. Maria’s character will be the wife of Zanjoe Marudo’s Dr. David Ilustre, the Simon Foster of the Kapamilya adaptation now titled ‘The Broken Marriage Vow,” ABS-CBN revealed via Facebook Live this afternoon, May 7.

The news comes after weeks of speculation on who will be taking on the iconic role, which had fans pointing to Sharon Cuneta and Judy Ann Santos as potential leads.

THE DOCTOR IS IN. The Secret if finally out!

Playing as Dr. David Ilustre’s other woman, or the Kate Parks of the Filipino remake, is Sue Ramirez, whose character is named Lexy Lucero in the show.

Teen star Zaijan Jaranilla will, meanwhile, play the only son of the Ilustres, Gio Ilustre, who is the equivalent of Tom Foster in the British drama.

Originally written by Mike Bartlett and produced by Drama Republic, the BAFTA award-winning series centers around a trusted doctor whose life implodes when she suspects her husband of having an affair.

The local series will be made by ABS-CBN Entertainment and will go into production later this year. It will be executive-produced by ABS-CBN president and CEO Carlo Katigak, ABS-CBN COO for broadcast Cory Vidanes, ABS-CBN entertainment production head Laurenti Dyogi, and ABS-CBN Dreamscape Entertainment head Deo Endrinal.

In ABS-CBN’s video announcement, Macatuno promised fans that “they’ll still see the gripping, pambuwisit na (infuriating) feeling” from the series while also having it localized.

“What’s gonna be different is the way our actors will give life to these characters and because of our setting… we’re going to localize everything: from the setting, the food, the style of life, it’s going to be Filipino,” she said.

Prior to having our own remake, “Doctor Foster” had already been adapted by other countries, namely France, Russia, Turkey, India and South Korea.

South Korea’s “Doctor Foster,” which was titled “The World of the Married,” even became the country’s highest-rated drama in cable TV history.  /ra