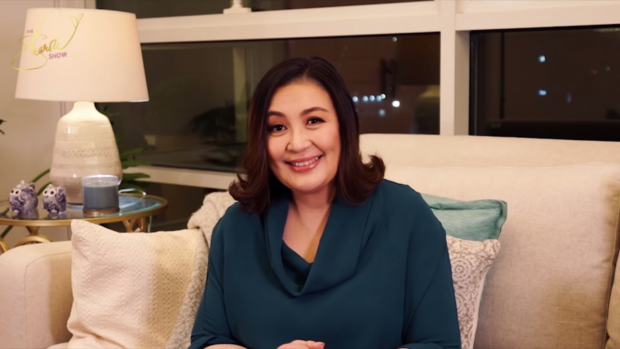 Megastar Sharon Cuneta is down to take on the titular role of Dr. Gemma Foster in the upcoming Philippine adaptation of the hit British drama “Doctor Foster.”

“OMG! Thank you so much! Would absolutely love to play her!!!” Cuneta shared on Instagram yesterday, April 27, after fans made her trend on local Twitter as they called for her casting in the said role.

Cuneta also shared a screenshot of the said trending list on Twitter yesterday, which showed “SHARONCUNETA DRFOSTERPH” on the 26th spot.

“I just know The Megastar will act the @#$t out of this adaptation if given the chance @ABSCBN SHARONCUNETA DRFOSTERPH,” Twitter user @megatitas, for one, said under the said topic.

I just know The Megastar will act the @#$t out of this adaptation if given the chance @ABSCBN.

“Ma @sharon_cuneta12 I pray that they’ll consider you on this role! Gaaaaahd. You perfectly fit [for] this role! ,” Twitter user @gens_jdubai meanwhile said.

Ma @sharon_cuneta12 I pray that they'll consider you on this role! Gaaaaahd. You perfectly fit on this role! @ABSCBN @direklauren

A fan with the Twitter handle @ShagabF meanwhile posted Cuneta’s photos along with a quote from the British drama saying, “B*tch is right. I’m a wolf tonight!”

The post came with an edited poster of the South Korean hit drama “The World of the Married” – which is also an adaptation of BBC Studios’ “Doctor Foster” – showing Cuneta side by side with South Korean star Kim Hee-Ae.

ABS-CBN earlier this month announced going into an agreement with BBC Studios that allows the former to remake the BAFTA award-winning psychological drama.

“Doctor Foster” follows the story of “a trusted doctor whose life implodes when she suspects her husband of having an affair,” ABS-CBN said in a release.

Showrunners have yet to announce the official casting for the said show, although fans have also previously called for Judy Ann Santos to play Dr. Gemma Foster. Their clamor for Santos to be cast immediately went viral on Twitter after announcement of the adaptation was made.

The Philippine adaptation is set to go into production later this year and will be executive produced by Dyogi, ABS-CBN president and CEO Carlo Katigak, ABS-CBN COO of broadcast Cory Vidanes and ABS-CBN Dreamscape Entertainment head Deo Endrinal. JB