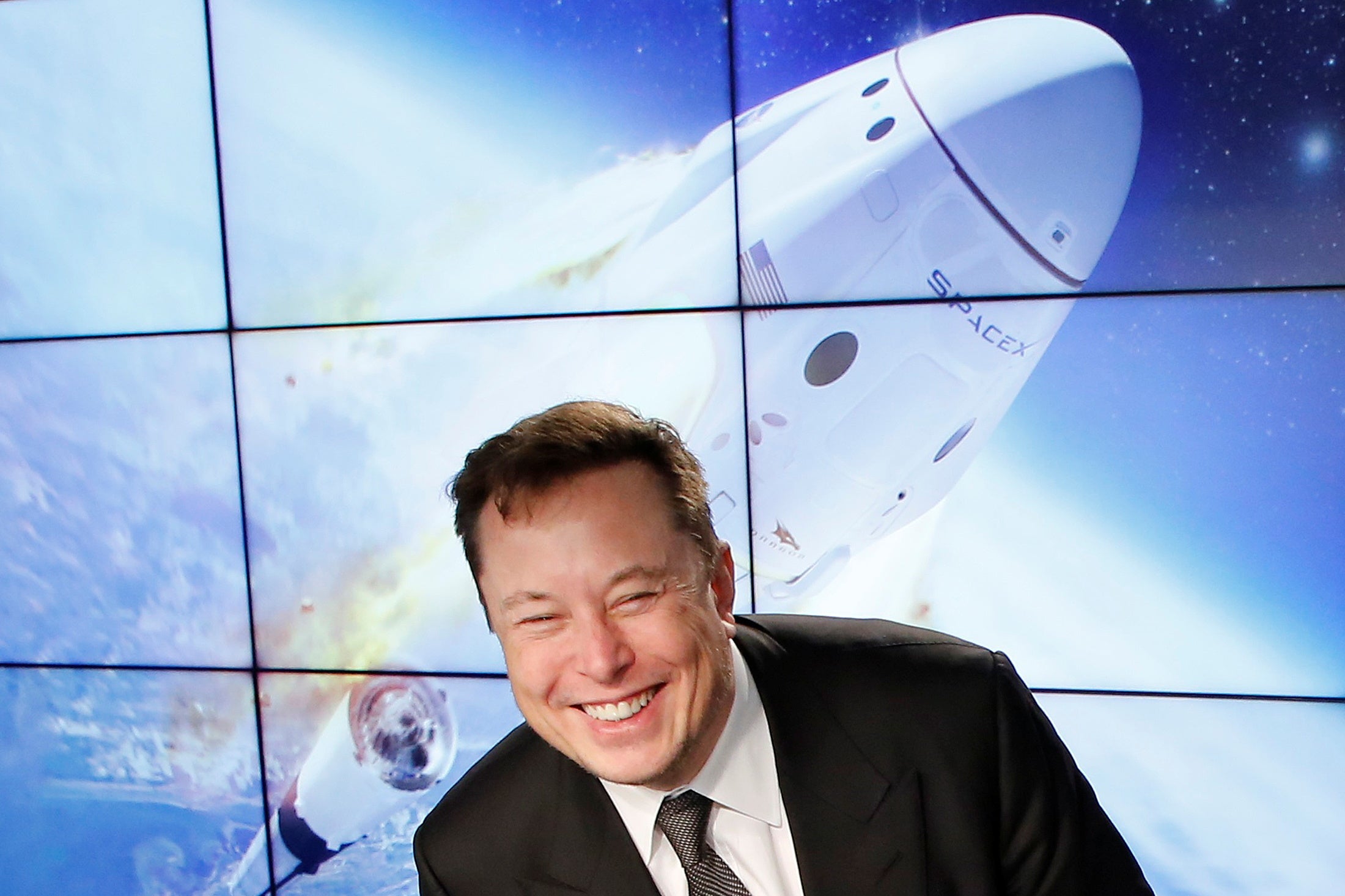 DETROIT  – Elon Musk’s turn as host of this week’s “Saturday Night Live” television program will be a light-hearted, brand-building break from the pressures of running Tesla Inc and SpaceX – or land the billionaire in another bucket of hot water.

That uncertainty appears to be the point for both Musk and NBCUniversal’s <CMCSA.O> venerable comedy sketch show.

Musk has been encouraging fans and detractors to anticipate shenanigans, potentially involving the Dogecoin cryptocurrency. Musk has touted Dogecoin on his Twitter account, and the cryptocurrency’s value has soared ahead of his appearance.

“I’m a wild card, no telling what I might do,” Musk, wearing a black bandana, joked in a brief promotional video for the show alongside Saturday’s musical guest, Miley Cyrus.

Musk has been in New York this week preparing for the appearance. A photo posted to the “Saturday Night Live” Twitter account on Wednesday showed him hunched over papers, wearing a “Nuke Mars” T-shirt. Musk has mused about using nuclear weapons to reshape the Red Planet for human habitation.

Some “SNL” cast members have expressed displeasure at the show’s decision to give its platform to one of the world’s richest people. Musk’s appearance has drawn comparisons to the show’s controversial decision in 2015 to invite Donald Trump to host as he was preparing for his presidential run.

Although it is rare for a business executive to host “SNL,” South Africa-born Musk, 49, is no stranger to pop culture or comedy.

He has appeared on “The Simpsons,” “Rick and Morty,” and “South Park,” and dates a pop star, Canadian singer Grimes. Musk’s persona helped inspire Robert Downey Jr’s portrayal of superhero Iron Man in a series of Marvel films.

His humor also shows in the names of Tesla car models S, 3, X and Y (“sexy”). He once built and sold flamethrowers to promote his tunnel venture, the Boring Company. In 2018, Musk smoked marijuana on a live web show, and later offered $420 a share – a drug reference – to take Tesla private.

While Musk has been getting ready for the cameras, Tesla has been in a rough patch.

Longtime major shareholder Baillie Gifford disclosed it had sold 41% of its Tesla shares. Police in California are investigating a fatal accident in which a Tesla crashed into an overturned truck. Documents prepared by California regulators said Tesla executives do not believe Tesla can deliver the “Full Self Driving” autonomous vehicle technology this year, contradicting Musk’s statements.

Read Next
The music festival refusing to bow to COVID
EDITORS' PICK
Gilas out to prove Korea win not a fluke; Tab fires back at ‘lucky shot’ remark
Smart brings KCON:TACT especially 4U to subscribers from June 19 to 27
Smart celebrates all kinds of ‘#SimplyLove’ for Pride Month
SWS: Over 12M Filipinos still jobless as of May 2021
Brazil set to pass half a million COVID-19 deaths
WATCH: INQside Look with Fil-Am actress Aina Dumlao
MOST READ
The opposition’s dilemma
Underdog Dasmariñas vows to fight to the death vs Inoue
Chavit Singson joins Nationalist People’s Coalition
Rajko Toroman praises, warns Gilas Pilipinas
Don't miss out on the latest news and information.