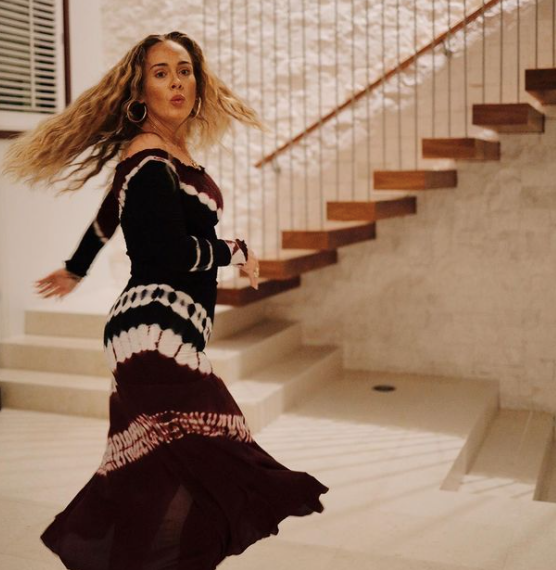 Adele celebrated her 33rd birthday by treating fans to a set of rare photos she posted via Instagram yesterday, May 5.

The Grammy-winning British artist, who often keeps a low profile, looked happy and carefree in the pictures she just aptly captioned “Thirty Free.”

Prior to the said post, Adele’s last content on Instagram was from back in January when she marked the 10th anniversary of the release of her second studio album, “21.”

The “Someone Like You” hitmaker’s post came with three photos, the first showing a black-and-white closeup photo of her with no makeup while also showing off the Saturn tattoo on her arm.

The second photo shows a gleeful Ade donning a colorful swimsuit, with her arms wide open while taking a swim.

The singer-songwriter then stuns in a dress in the third photo, which was seemingly candidly taken as the artist was in mid-twirl.

The rare social media update was a breath of fresh air to fans as Adele’s last public appearance was back in October last year, when she hosted “Saturday Night Live” (SNL) for the first time.

“I’m going back to my cave now to be the (single) cat lady that I am! Peace out til next year,” she said on Instagram on Oct. 29 right after her “SNL” appearance.

While she has been silently living her private life since then, Adele is expected to release new music as early as this year—which she may have also hinted at with her “til next year” remark.

Her friend, comic Alan Carr, revealed to the New York Post in its Jan. 15 report that he had already heard some tracks on Adele’s upcoming album and could only describe them as “so amazing.”

Adele’s last album, “25,” was released back in 2015. She has won 15 Grammys so far, and may just bag some more with her much-awaited return to the limelight. /ra