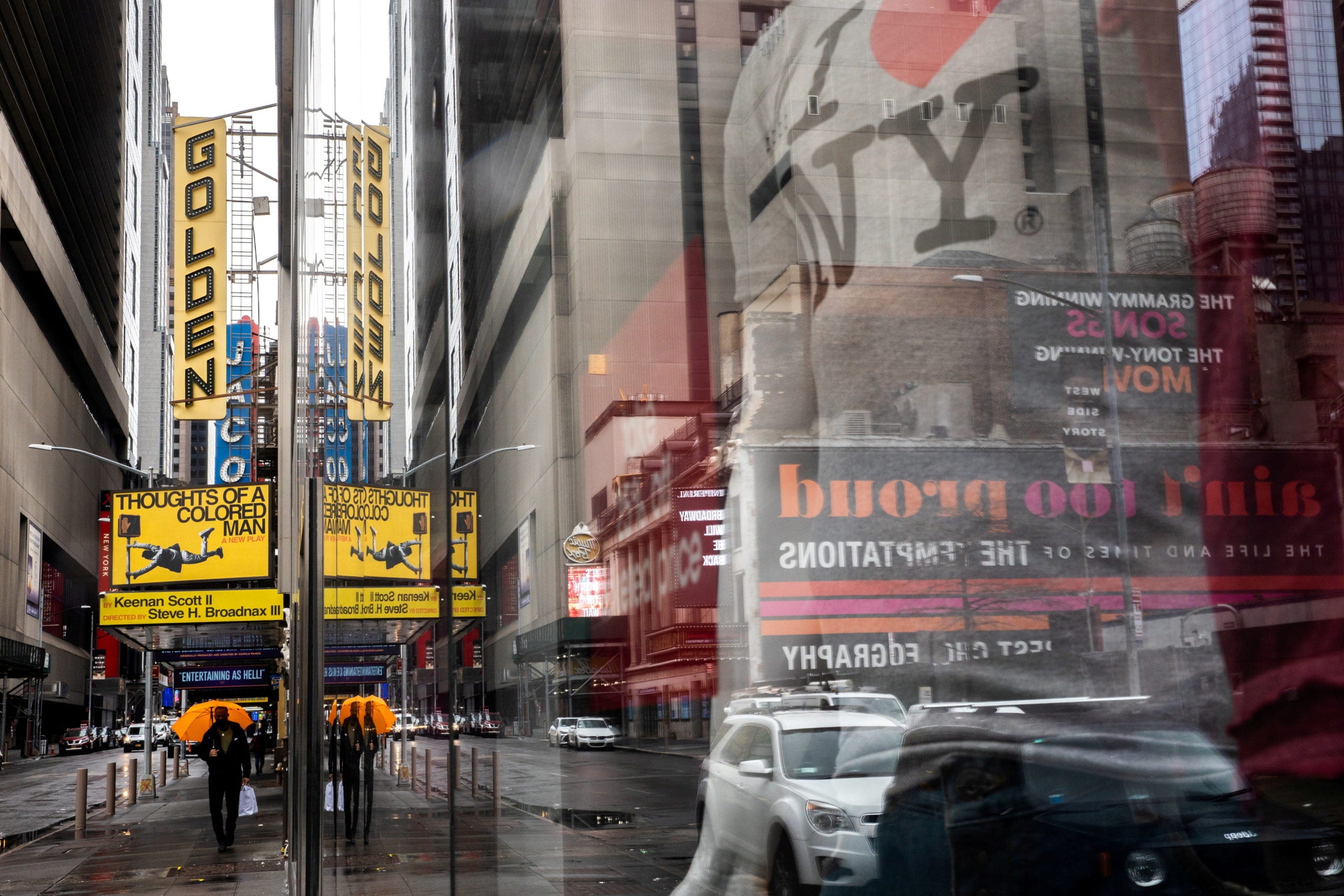 Tickets will go on sale beginning on Thursday and theaters will be allowed to fill 100% of capacity, Cuomo said. Broadway theaters are among New York’s biggest tourist attractions.

“Broadway is a major part of our state’s identity and economy, and we are thrilled that the curtains will rise again,” Cuomo said on Twitter.

Live theater is one of the last sectors to come back after the pandemic because of the challenges of social distancing for actors on stage, for crews backstage and for audiences in cramped seating in old buildings.

While New York plans to lift most pandemic restrictions in two weeks, Broadway theaters need more time for rehearsals, marketing to draw crowds and other steps.

“Restarting Broadway is a complex endeavor,” said Charlotte St. Martin, president of the Broadway League, an industry group. “Today’s green light by the governor to put our shows on sale now for the fall is vital to our success.”

Producers will work with state authorities on what safety measures will be required. It is possible theaters will mandate proof of a coronavirus vaccination for audience members, New York budget director Robert Mujica said.

“Will people feel comfortable sitting right next to another individual without knowing their vaccination status?” Mujica said at a news conference. “What we do know from surveys is that the answer is no.”

Thousands of actors, dancers, musicians and backstage crew were thrown out of work when Broadway theaters closed in March 2020. Some shows, including the hit musicals “Frozen” and “Mean Girls,” have said they will not return.

Thirty-one Broadway shows were in production when the shutdown began, including hits such as “Hamilton,” “The Lion King” and “Wicked.”

Each returning show will announce its re-opening date in the coming weeks, the Broadway League said.

More than 14.8 million tickets were sold for Broadway shows in the 2018-2019 season, bringing $1.8 billion in box office receipts, according to the Broadway League. Some 63% of those going to shows were tourists, from outside the United States or outside New York.

“It’s time to get back to work, and I can’t wait to be back on stage very soon,” said Sara Bareilles, songwriter and star of the musical “Waitress.”

Read Next
GMA 7 set to launch 100 shows this year despite challenges posed by COVID-19 pandemic
EDITORS' PICK
Red, yellow alerts in Luzon grid possible in coming weeks — DOE
Smart celebrates all kinds of ‘#SimplyLove’ for Pride Month
Leo Martinez pleads for senior citizens to be allowed to go out
IATF recommends to Duterte face shield use in all enclosed areas
He called bank: SJ Belangel aimed for backboard on game-winner vs Korea
Smart brings KCON:TACT especially 4U to subscribers from June 19 to 27
MOST READ
Notes for next president: Huge debt, unemployment, hunger
Pacquiao ‘good choice’ as PDP-Laban standard bearer for 2022 – Koko Pimentel
DepEd chief Briones lying, teachers insist
Lakas-CMD to solidify alliance with Inday Sara’s HNP – Romualdez
Don't miss out on the latest news and information.