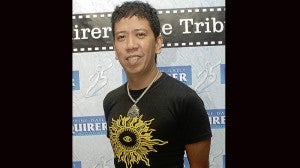 Award-winning director Auraeus Solito, who megged “Ang Pagdadalaga ni Maximo Oliveros” (2005) and “Busong” (2011), among others, is one of 10 finalists this year. Solito’s “Baybayin,” as well as Adolfo Alix Jr.’s “Lourdes” and Richard Somes’ “Mariposa sa Hawla ng Gabi” each received a P2-million film grant for production.

“This is a new element in the festival this year,” said Arguelles, who is also Cinema One channel head. “P2 million were given to three of the most commercial projects in the lineup. The remaining ten finalists each received P1 million.”

Arguelles said “Baybayin” is a sequel to Solito’s “Busong,” which won awards in festivals in Belgium and Kazakhstan last year. “Baybayin” is the tale of two half sisters both in love with a man who can’t hear or talk to them, proof that love can communicate even in silence. “The sequel is also based on Palawan legends. Auraeus is eyeing Alessandra de Rossi to play the main character,” said Arguelles. 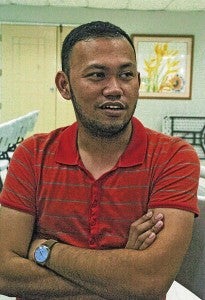 Somes, known for his horror-mystery films “Yanggaw” (2008) and “Corazon: Ang Unang Aswang” (2012), has come up with a project with a slightly different theme. “‘Mariposa’ is about an innocent woman from the province who comes to Manila to look for her missing sister. Her journey to the city unravels horrible truths,” Arguelles told Inquirer.

Alix’s “Lourdes” is about a woman who leads a group of professional criminals in the province. Arguelles said Alix, who has over 15 indie films under his belt including “Batanes” (2007), “Adela” (2008) and “Presa” (2010), was negotiating with an award-winning veteran actress to play the title role. 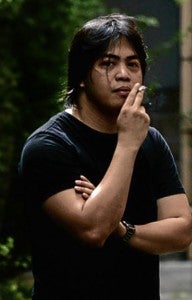 Arnel Mardoquio, who directed “Hospital Boat” (2009) and “Sheika” (2010), will present “Paglalakbay ng mga Bituin sa Gabing Madilim.” Set in Mindanao, it tells of a boy’s journey to safety after his parents are killed in a gun battle.

Other film entries are Kevin Dayrit’s “Catnip,” a psychological film on two friends who, despite their differences, find comfort in being together; Ma. Isabel Legarda’s “Melodrama Negra,” about three dead people who find unanticipated things in the acclaimed City of Stars—Quezon City;

Pam Miras’ “Pascalina” is the story of a girl who, after visiting her dying aunt, experiences changes in her life that will push her to the edge of madness and monstrosity; Gym Lumbera’s “Anak Araw” is about the colonial illusion of an albino, who believes that he is the son of an American;

Cesar Hernando’s “Mekaniko ni Monica” is set in the ’50s and is about a man torn between his newfound love and fighting for his country; Christian Linaban’s “Aberya” is about love, sex and psychedelic potions that affect the lives of four people in one night; Dwein Baltazar’s “Mamay Emeng” tells of an 84-year-old woman who is alone and waiting, prays not for long life, but for a fast escape. 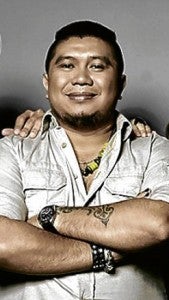 “This festival aims to showcase local talents and the diverse voices of the local independent cinema,” Arguelles said in a statement. “Cinema One levels up each year and continues to discover new talents while presenting original Filipino stories in various genres. We are also breaking new ground as we offer more voices from the different regions of the country.”

Read Next
The ballad of Lilia Cuntapay
EDITORS' PICK
Duterte exults: Oligarchy ended without martial law
Like death and taxes, ‘elites we will always have with us’ – national scientist
Defend Your Health! Shop health essentials from home with Rose Pharmacy’s Online Sale
DOH renews appeal to hospitals for more COVID-19 beds
How Filipinos are embracing digital technology amid the coronavirus pandemic
Water remains our saving grace right now
MOST READ
Duterte exults: Oligarchy ended without martial law
Duterte sets off fresh tirades vs ABS-CBN after network lost franchise bid
‘Inaccurate’ to liken ABS-CBN franchise denial to ‘dismantling oligarchy’ — Villanueva
Military agents shot on the back – DOJ
Don't miss out on the latest news and information.