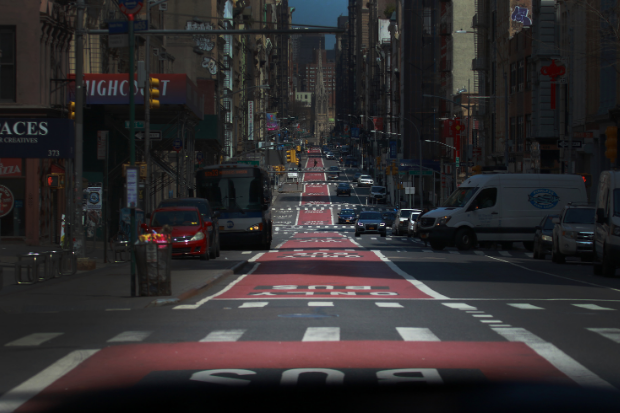 Broadway is not due to return until September but New York’s longest-running play is already back, thanks to its indomitable lead who has played the same role over 13,500 times.

Catherine Russell, 65, is the driving force behind “Perfect Crime,” a rollicking whodunit that has been on Big Apple billboards since 1987.

“I’m very determined. And whenever people tell me, you can’t do something, I’m like, ‘Screw you. Watch me do it,'” she tells AFP.

Not only is Russell the show’s main actor, she is also the manager of the Theater Center that puts on the play and a “dynamo” according to co-star Charles Geyer.

“I can do 180 push-ups in a row. Marine push-ups, not girl push-ups,” insists Russell, as if anyone would dare dispute the fact.

When performance venues shut in March 2020 as the pandemic spread like wildfire through New York, Russell kept busy so as not to get too depressed.

She repainted the theater, repaired a few of its armchairs and bought a ventilation system to help keep the air clean.

When Russell heard that bowling alleys were going to be allowed to reopen at the end of August last year, while theaters remained shut, she thought: “This is crazy!”

“Bowling alleys are great. But if you can bowl, you should be able to go to a theatre and sit with a mask and watch a show,” Russell says.

So she sued the city government and the state’s governor to try to force them to reopen small performance venues like hers.

In early March, Gov. Andrew Cuomo ruled that theaters could reopen at 25% capacity, later updated to 33%, which is still not financially viable for most venues.

Russell is continuing her lawsuit to try to obtain at least 50% seating.

On April 9, she reopened the Theater Center with performances of “The Office: A Musical Parody.”

“Many people felt they were not ready, and that’s fine. (But) I felt that we were ready,” she recalls.

“I don’t think of (myself as) a torchbearer. Perhaps I’m a little less fearless than other people, and maybe I have less to lose because I’m a little off-Broadway show,” Russell adds. 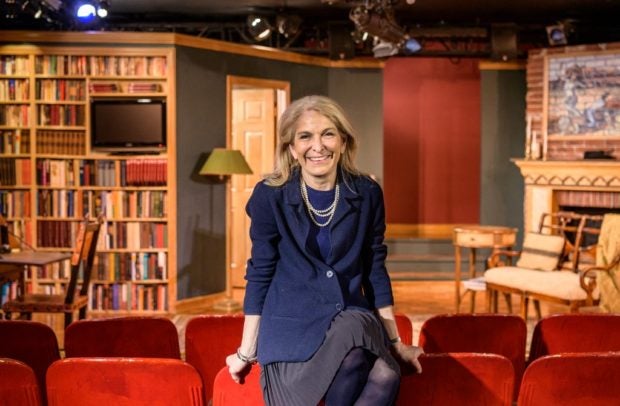 Actress Catherine Russell poses for a portrait prior to performing in the longest running play “Perfect Crime” off-Broadway at The Anne Bernstein Theater in The Theater Center on April 27, 2021. Image: AFP/Angela Weiss

She admits that the theater is losing money and that even an increase to 50% capacity would not be enough to balance the books.

“We’re kind of scrappy, and I’m willing to do this for principle,” Russell says.

Her theater received the green light from the main performing arts union, the Actors’ Equity Association, provided every actor is vaccinated and tested before each show.

When AFP visited, the audience was at COVID-era capacity, with 66 people in a room that would normally hold 200. Attendance has been steady since reopening, said producer Armand Hyatt.

Susan Jacknowitz, 75, traveled from North Carolina to see the play with a friend from New York.

“When she texted me to say I got theater tickets, I was so excited,” said Jacknowitz.

“Perfect Crime,” a classic murder mystery matured by a hint of psychology, usually gets drowned out by the countless Broadway shows on offer.

But the current hiatus is allowing it to get a little more attention than usual.

Theater fan Jessica Bloom had passed the Theater Center, off Times Square, dozens of times without stopping to go in.

“It’s something new and anything that will get me inside a theater I will see it, even if I don’t know what it’s about,” said the 35-year-old.

“We were the first players to be back on stage. They were the first audience to come and support the players, so we were like a team,” he says. “There’s a larger meaning than just a night at the theater. It’s about being in the vanguard of bringing New York back, culturally.” JB

Read Next
Miss Universe Singapore Bernadette Belle Ong was born, raised in the Philippines
EDITORS' PICK
Tired of your Wi-Fi signal problems at home? Here’s a solution!
POVA x Mobile Legends Bang Bang: A partnership that’s built to win
Infants bundled off; no one hurt in PGH fire
OPINION: Mischief Reef – where it all started
Must-know scams to avoid when buying cars
Fire-damaged PGH calls for donations
MOST READ
Hot, humid weather for PH on Monday — Pagasa
Mischief Reef – where it all started
Robredo eyes local post in 2022 polls, but ‘open to all possibilities’
Longest recession since Marcos era
Don't miss out on the latest news and information.