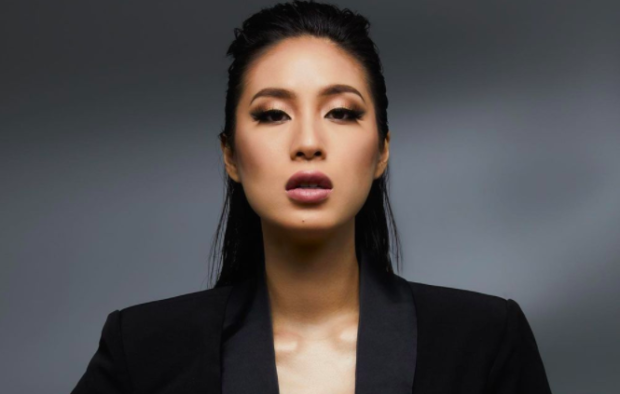 Here’s something that Filipino beauty pageant fans might be delighted about: Miss Universe Singapore 2020 Bernadette Belle Ong said that she was born and raised in the Philippines until she was 11 years old.

“I actually came from the Philippines. I was born there and raised up until the time I was 11 years old,” Ong stated in a video on Miss Universe’s Facebook page on April 27. “In between that, I was also living in Hong Kong for a year or two.”

She added that her experiences while living in different countries helped her expand her knowledge of different cultures and communities.

“I was really able to appreciate different roots of me being Filipino-Chinese, but also being immigrated in some very modernized yet traditional-centric community which is what Singapore really is,” she said.

Get to know Miss Universe Singapore Bernadette Belle Ong: Producer and Radio DJDownload the Miss Universe Official app to vote your favorite delegate into the Top 21 at the 69th MISS UNIVERSE Competition. ✨Voting from the Philippines? Download the Lazada PH app to vote!First vote FREE!

Ong flew to Florida on Saturday, May 1, to prepare for the 69th Miss Universe pageant on May 16. She speaks Tagalog, English and conversational Mandarin, as per pageant website Missosology in December.

“So many Filipinos in Dubai! Bump into [her] when I rushed off to a testing facility after dropping off my luggage,” she said as she recorded a conversation with a Filipino in her Dubai stopover yesterday, May 2.

She did not show the face of the Filipino that she met but they can be heard having a conversation about PCR testing in Tagalog. 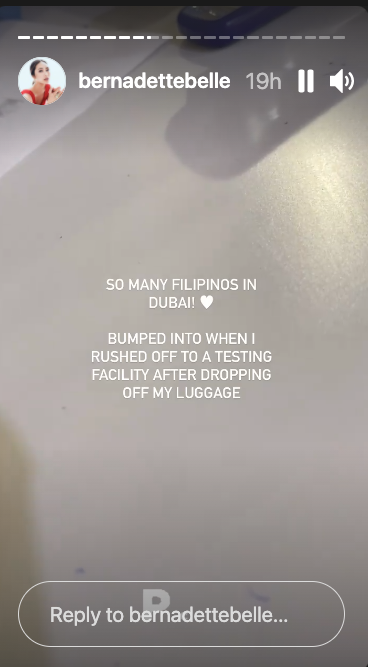