‘Women are as capable as men’: Rabiya Mateo on Duterte’s claim that presidency not for women | Inquirer Entertainment 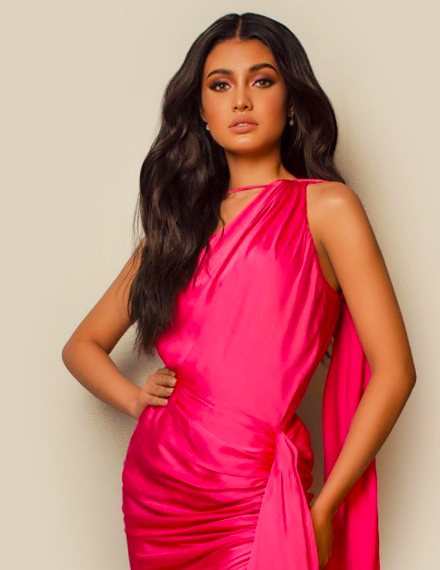 Miss Universe Philippines 2020 Rabiya Mateo said she firmly believes that women “are as capable as men” amid President Rodrigo Duterte’s statement that women are unfit for the presidency.

Mateo, a 24-year-old physical therapist, voiced her thoughts on leadership and the President’s sexist statement in an interview with pageant website Missosology last Saturday, Feb. 13.

She was fielded questions from followers and was first asked about what Filipinos should look for in leaders with the coming 2022 elections.

In response, Mateo quipped that Filipinos have higher standards for Miss Universe over their own leaders.

“That shouldn’t be the case, right? We need to have stricter qualifications to vote someone,” she noted.

“And if there’s gonna be one aspect of being a leader that I would like to highlight, that is being honest,” she said.

“Because all the good things will go after that. An honest leader is somebody who is just, who is humane but most importantly he or she is accountable [for] what is happening in his or her country.”

“We need to look at the background of these leaders,” she stressed, “And we really need to use our mind and our heart in doing so because this is gonna give the opportunities to our children to build a better society for the future.”

“So I hope this 2022, Filipinos will be smarter and we will choose the best possible leaders for our country.”

She was also asked about her reaction to Duterte’s statement last January, when there were speculations that his daughter Sara would run for president.

“This is not for women. You know, the emotional setup of a woman and a man is totally different. You will become a fool here. So… that is the sad story,” he said then.

“Well I do respect the President but I completely disagree with this thought,” said Mateo, noting that the country has had two female presidents. “By doing that women are as capable as men in handling a nation.”

“Their female leader was able to nurse a newborn but at the same time she was able to become a mother to her land,” Mateo said, in reference to Ardern having a newborn baby while still running the country in 2018.

The beauty queen also argued that emotions can make for good leadership.

“I am a woman and I believe that my [emotions] do [take] part in my leadership skills,” she said. “I have so much heart, I have so much calling in being a leader actually and I do disagree with this thought. I can lead my country because I have the power to do so.”

“We live in an era in which we need to treat men and women equally. We need to give them the same opportunities,” Mateo stressed. “I won’t agree with something like this (Duterte’s statement) because I know my capabilities and strengths as a woman and I know I can make a difference, so much difference.”

“We need female leaders who will put their emotions in making decisions. Because it’s not all about experience. Sometimes you need to [use] your [emotions] to be the mother of the country,” she added.

‘I only had 5 pesos as my baon’: Rabiya Mateo looks back on hardships during school days