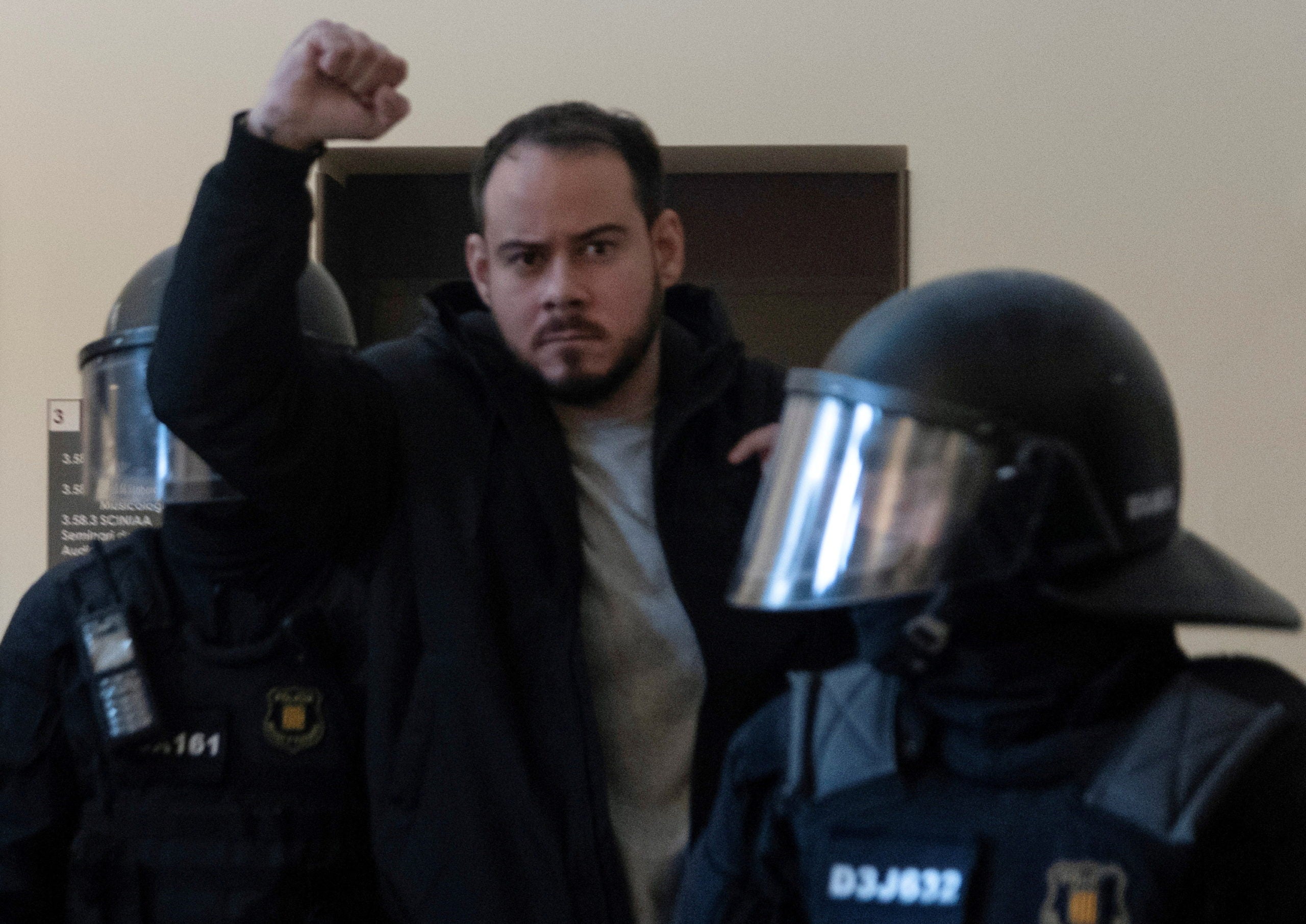 Spanish rapper Pablo Hasel reacts as he is detained by riot police inside the University of Lleida, after he was sentenced to jail time on charges including insulting the monarchy and glorifying terrorism, in Lleida, Spain February 16, 2021. REUTERS/Lorena Sopena

LLEIDA, Spain — Dozens of Spanish police stormed a university on Tuesday and arrested a rapper who had barricaded himself inside after being sentenced to jail on charges of glorifying terrorism and insulting royalty in his songs.

Pablo Hasel had a deadline of last Friday to hand himself over to the police to serve a nine-month jail term handed down in 2018. The sentence caused an uproar in Spain and led the government to announce it would make free speech laws less restrictive.

The rapper took refuge on Monday in Lleida university in northeastern Spain with a group of supporters. They clashed briefly with police on Tuesday morning, throwing chairs and emptying fire extinguishers before officers carrying guns and wearing protective headgear reached Hasel.

“Victory will be ours… There will be no forgetting and no forgiving,” he shouted with his fist raised as he was surrounded by police and taken to jail, having several hours earlier retweeted the lyrics he was convicted for.

“The tweets they will jail me for within minutes or hours,” he added in a message to his 125,000 followers. “Tomorrow it could be you.”

Spain’s leftist government said last week in response to the case that it would reform the “gag law” enacted in 2015 by a previous administration to prevent the glorification of banned armed groups such as ETA. It also bans insults against religions or the monarchy.

The government said the reform would introduce milder penalties, and target only actions generating a risk to public order or provoking violent conduct.

ETA announced its dissolution in 2018, after a four-decade campaign of violence that ended in 2010.