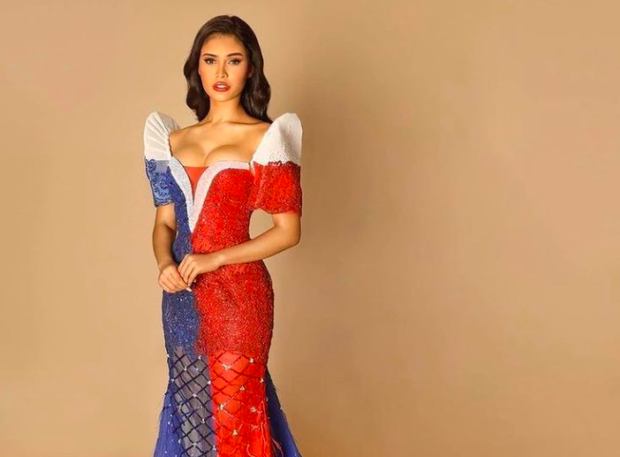 Miss Universe Philippines 2020 Rabiya Mateo looked elegant and classy as she wore a gown inspired by the Philippine flag for a new glam shot.

“Lalaban para sa Pilipinas,” beauty camp Aces and Queens stated as it showed a photo of Mateo donning the Filipiniana on its Instagram page today, April 26. The picture was taken by Los Angeles-based photographer Filbert Kung.

The gown was in red and blue with white accents and a glittering sheer skirt. The beauty camp also said that it was a “creation that reflects the Philippine flag.”

Filipino-American designer Kirsten Regalado, who created the dress, called it the “sunrise gown,” as she showed a behind-the-scenes video of Mateo.

“How sweet the morning air is! Sunrise gown in red, white and blue. Beautiful [Rabiya Mateo] in [a Kirsten Regalado] gown,” Regalado said in an Instagram post last week, April 18.

Mateo is already staying in Florida, United States to prepare for the 69th Miss Universe pageant next month. She is hoping to win the fifth crown for the Philippines, following Gloria Diaz, Margie Moran, Pia Wurtzbach and Catriona Gray. JB

‘I only had 5 pesos as my baon’: Rabiya Mateo looks back on hardships during school days