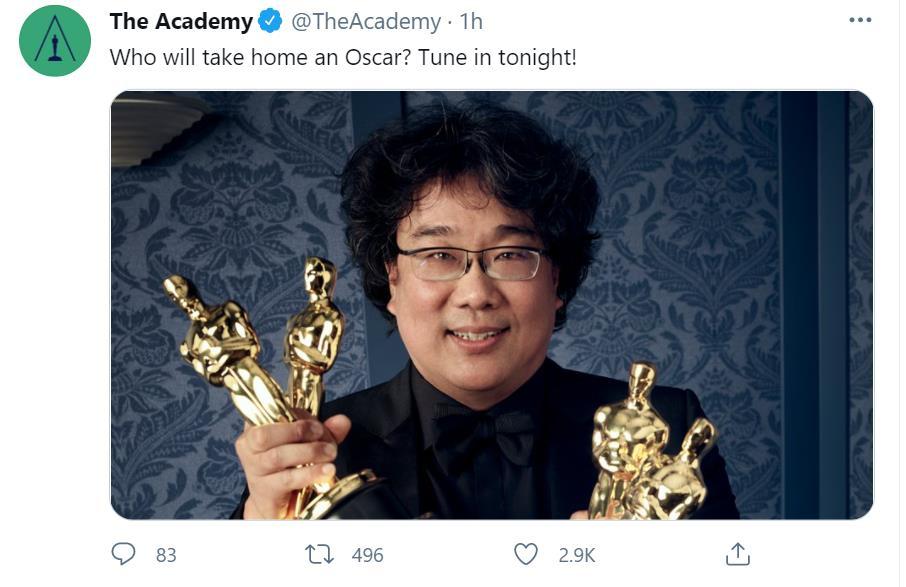 SEOUL — Director Bong Joon-ho made an appearance at the 93rd Academy Awards, as a presenter for the best director award.

“If you have to explain to a random kid on the street what directing is in 20 seconds, what would you say?” Bong said, saying the five nominees were asked the same question. “Their replies were something very personal.”

According to Bong, Chloe Zhao, who won the best director award for “Nomadland” said, “A director is a jack of all trades and master of none. When things go wrong, watching ‘Burden of Dreams’ and asking yourself, ‘What would Werner Herzog do?’”

Isaac Chung, who directed “Minari,” answered, “Film must respond to life, not the other way around. To be a storyteller, one needs to be rooted in real life for one’s stories to have any impact.”

Other nominees for the award were Emerald Fennell for “Promising Young Woman,” David Fincher for “Mank” and Thomas Vinterberg for “Another Round.”