Iza Calzado ‘forever grateful’ to onscreen rival Jodi Sta. Maria: ‘Thank you for believing in me’ 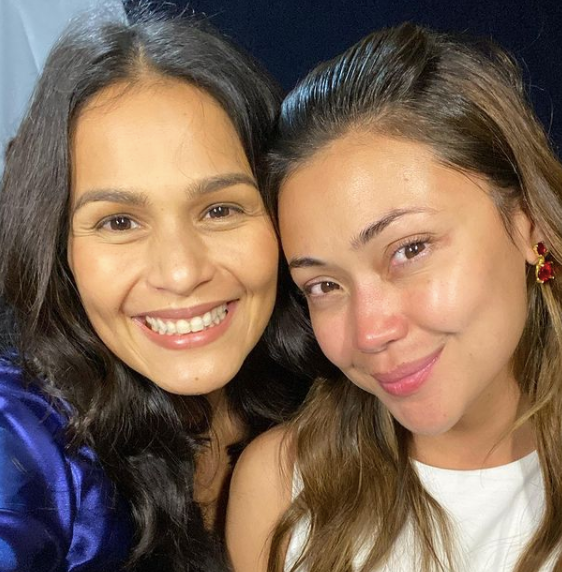 Despite portraying rivals in “Ang sa Iyo Ay Akin,” Iza Calzado had nothing to show but love for Jodi Sta. Maria as they mark the end of the ABS-CBN teleserye.

Calzado penned a heartwarming appreciation post for her co-star as she extends her gratitude for having formed a friendship during the show’s run.

“On screen we were rivals but off screen, a beautiful friendship bloomed. My love, thank you for trusting me, for letting me into your heart,” Calzado posted on Instagram yesterday, March 26, aptly sharing several photos of them together.

“Thank you for believing in me and making me believe in myself. I will forever be grateful that you generously allowed me to shine beside you,” Calzado stressed.

“You are a gem and I am so privileged to call you a friend. Maraming Salamat, @jodistamaria [heart emoji] #JozaForever,” Calzado added.

In an earlier post, Calzado opened up on how she misses her co-stars and the crew behind “Ang sa Iyo Ay Akin,” which aired its last episode on March 19.

“As I post this, it’s been a week since our series ended and over a month since our last bubble. I do miss you all and my heart breaks a little as I type these words. Sad as it may be, I choose to remember the good times because there were truly a lot to cherish. Precious memories made to last a lifetime.

“To my ASIAA (Ang sa Iyo Ay Akin) Family, It was an honor and a great pleasure to be part of this show and connect with each and every one of you. Until we meet again!” Calzado said.