Things you might not know about Angelica and Coco 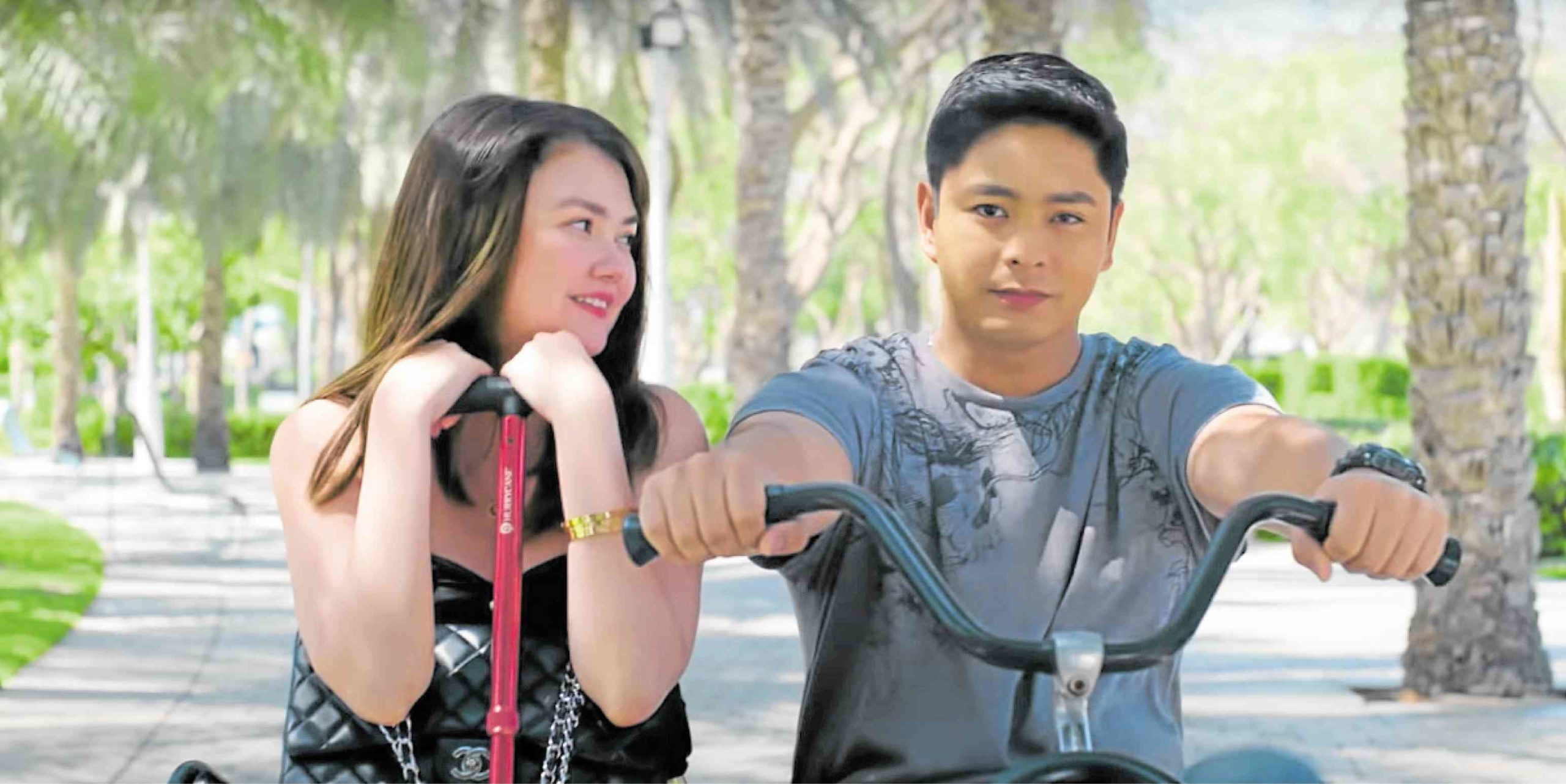 Panganiban (left) and Coco Martin in “Love or Money”

I’m never judgmental of them,” declared Angelica Panganiban when asked what she thought of women who would get involved with “sugar daddies,” or rich older men who lavish them with expensive gifts in exchange for company.

“If that’s their trip, then it’s OK. If they’re happy and at peace with what they’re doing, so be it, as long as they’re aware of what they’re getting themselves into,” Angelica told reporters during a virtual meeting to promote her romantic-comedy film “Love or Money.”

“The No. 1 rule is that you have to have self-respect. If you lose that, your life will fall apart. If you don’t know your worth, don’t expect other people to respect you either,” she added. “I can’t speak with certainty when it comes to this. You never know. I might end up being a sugar mommy when I get old.”

Of course, Angelica said she would still pray for a kind of romantic relationship that is not anchored on money.

“I know there are couples who show their love to each other through gifts. If you get a Ferrari or a Hermes Birkin bag because your partner loves you, then congrats! If that’s the case, then you should be wise. You should learn to invest with what you have. There’s no forever in that,” she declared.

In “Love or Money,” Angelica (as Angel) is an owner of an events company based in Dubai, while Coco Martin (as Leon) works various small jobs there in order to send money to his family in the Philippines. The two cross paths and fall in love. Despite their attraction to each other, Angel’s dream of becoming rich prevents them from having a lasting relationship.

According to Angelica, Coco is the quiet and shy type.

“It’s hard to read him sometimes. If you eventually discover what pleases him, hold on to that. May sarili kasing mundo si Coco. I feel that he thinks I’m too noisy as a company,” she said, laughing. “I kept teasing him while we were working. While checking out the gold jewelry shops in Dubai, I told him, ‘Co, don’t buy me jewelry anymore. That would be too much.’ ’Di nga n’ya talaga ako binilihan!”

As a coactor, Angelica said she appreciated it that Coco asked her help when he had trouble memorizing his lines.

“He preferred that his lines be dictated to him, rather than him memorizing it from his script. I guess it’s because, as creative head of ‘FPJ’s Ang Probinsyano,’ he already has a lot on his mind. He is very driven. I don’t think he ever rests,” the actress declared.

Also related to how Coco delivers his lines, director Mae Cruz Alviar said he would often joke about having a daily quota in English words. “He would say, ‘Direk, I only have 10 English words in my bag, and you’re making me say the 11th!’”

Mae added: “I also remember him telling me in the beginning that he wanted me to ‘direct’ him. He explained that he has been doing ‘Probinsyano’ for six years now that being Cardo has become second nature to him. He told me to correct him whenever I see that he’s already becoming Cardo and not Leon. He really wanted people to see a different character in this movie.”

While Coco needed help with his dramatic scenes, Mae said he was an expert in the action sequences. In fact, he had been very patient while teaching his coactors how to fake a punch, she reported.

“Para siyang nasasapian! If it’s an action scene, he already knows what to do. He has lots of tricks up his sleeves. Listening to him was like taking up Action 101. I learned a lot from him, too,” she recalled.