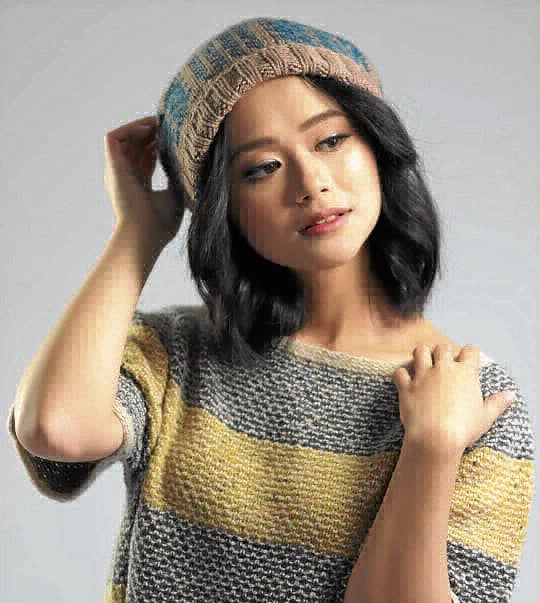 A short film featuring actress Mai Fanglayan, as a young Cordilleran woman who goes on her first date at a Korean restaurant, is currently being shot in Baguio City and nearby locations in the municipality of Benguet, Inquirer Entertainment learned.
Fanglayan, also a Cordilleran, won best actress at the 2018 ToFarm Film Festival for playing the title role in the 2018 indie drama “Tanabata’s Wife.”
In “Salidumay,” Fanglayan plays Ayo, who is a Tingguian (originated in Abra) with Ibaloi (Benguet) blood, while her love interest is Franz (Kenneth Jhayve Bautista), a former seminarian from Abra who settled in Baguio City.

“Franz can’t seem to find love through dating apps, so he decides to use his culture’s methods to arrange a marriage. Their differences lead to a small collision of expectations and perspectives, but what it opens up in the tension offers a glimmer of hope for the would-be couple,” said Dexter Macaraeg, writer-director of “Salidumay.”
The short film is produced by Sine Abreño with a Benguet-based creative team, Macaraeg pointed out.
“As Baguio City opens up its tourism, I’m taking this opportunity to shoot a short film there, as well as attend the opening gala of its Montañosa Film Festival, [which runs from March 20 to 28],” the director said.—MARINEL CRUZ
ADVERTISEMENT
FEATURED STORIES
ENTERTAINMENT
WATCH: Ellen Adarna, Derek Ramsay kiss in dreamy prenup video
ENTERTAINMENT
Carlo Aquino shows off ‘Squid Game’ tracksuit
ENTERTAINMENT
Raymond Gutierrez survives car crash in LA: ‘It could’ve been worse’