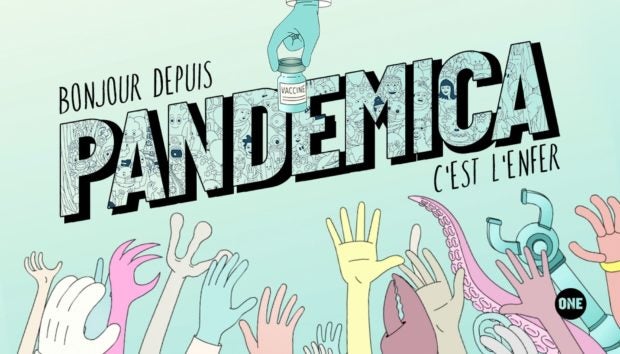 Image: courtesy of Andrew Rae/ONE via ETX Daily Up

Celebrities are lending their voices to tackling vaccine injustice. Penélope Cruz, Bono and Michael Sheen are just some of the stars joining the voice cast of a socially conscious miniseries called “Pandemica.”

This animated series uses humor to denounce the monopolization of COVID-19 vaccines by the rich to the detriment of poorer populations. The episodes, which are less than 30 seconds long, launch March 25 on the website and the YouTube channel of the ONE nonprofit, and will be available to watch free of charge.

This miniseries will focus on the residents of Pandemica, home to monsters, creatures, robots, humans and aliens. But when faced with the covid-19 pandemic, some residents are more fortunate than others. Images of ivory towers, yachts and the like, symbols of society’s richest, are associated with the monopolization of vaccine doses, juxtaposed with images representing the poorer population, which isn’t so lucky, remaining empty-handed and helpless.

This inequality and injustice is very much real, and is something that the miniseries seeks to denounce with humor, but in all seriousness. In fact, according to a recent report from the ONE NGO, rich countries are on track to stockpile over 1 billion surplus COVID-19 vaccines.

To bring voices and visibility to the project, ONE has signed up a host of international stars. Bono, Penélope Cruz, Danai Gurira (“Black Panther”), Patrick Adams (“Suits”), Michael Sheen, David Oyelowo and Kumail Nanjiani (“The Big Sick”) are all onboard to voice the various characters in this animated series.

In all, this animated miniseries will have seven episodes ranging from 15 to 30 seconds in length. They will be available on the website of the ONE NGO, co-founded by the U2 frontman Bono, as well as on the YouTube channel of the organization, which fights extreme poverty and preventable disease, particularly in Africa.

“Pandemica” goes live from Thursday, March 25 at 11 a.m. CET. To bring about this original project, ONE teamed up with Andrew Rae to illustrate the miniseries, which is produced by the Titmouse animation studio.

“Pandemica” will be screening in the United States, Canada, the United Kingdom, Nigeria, South Africa, Senegal, France, Germany, the Netherlands, Spain and Italy. All episodes will be subtitled or translated into French, German, Italian, Dutch, Spanish and Pidgin English. JB