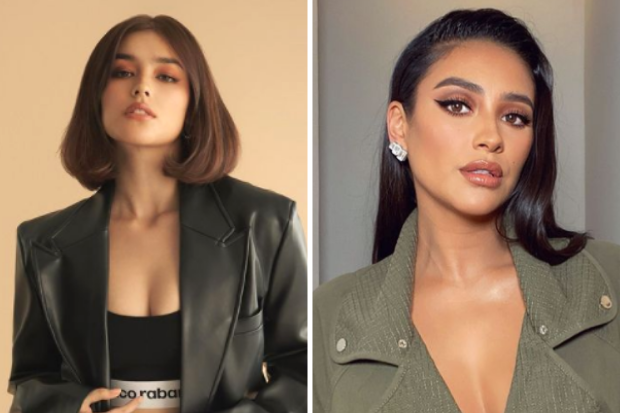 Supernatural detective Alexandra Trese has been cast, and will be voiced by not one, but two Filipino actresses.

May strong women always lend a voice to one another, especially when there’s an aswang or two around. Happy International Women’s Day 🖤🤍💪 pic.twitter.com/oJs1L5sDXp

In a reply to its tweet, Netflix explained that Soberano will work on the Filipino dub while Mitchell will do the English version.

Liza will voice Alexandra in Filipino and Shay will voice her in English!

Mitchell, who was born and raised in Canada, is of Filipino descent through her mom, who hails from Pampanga. She is known for her work in drama series “Pretty Little Liars” and the thriller series “You.”

Soberano could not contain her excitement on social media. She was previously cast as another iconic Filipino hero, Darna, but had to back out of the movie project due to a finger injury.

“Screaming on the inside!!!!!! It’s an honor to be the voice of an iconic character such as Alexandra Trese,” she said via Twitter today. “I’m a huge fan of Budjette and KaJO’s award-winning Trese comics. Maraming salamat! Excited [na ako]! (Thank you so much! I am so excited!)”

Screaming on the inside!!!!!!
It’s an honor to be the voice of an iconic character such as Alexandra Trese. I’m a huge fan of Budjette and KaJO’s award-winning Trese comics. Maraming salamat! Excited nako! ❤️ #Trese #Netflix @Netflix_PH @shaymitch pic.twitter.com/QjCI9EAquY

“Trese,” written by Budjette Tan and illustrated by Kajo Baldisimo, chronicles Alexandra Trese’s adventures as she solves mysteries that involve characters based on Philippine mythology and folklore. The comics, known for their sleek black-and-white illustrations, have become a cult hit in komiks circles.

Netflix first confirmed that it would turn the graphic novel into a series in 2018. A release date is yet to be announced. JB