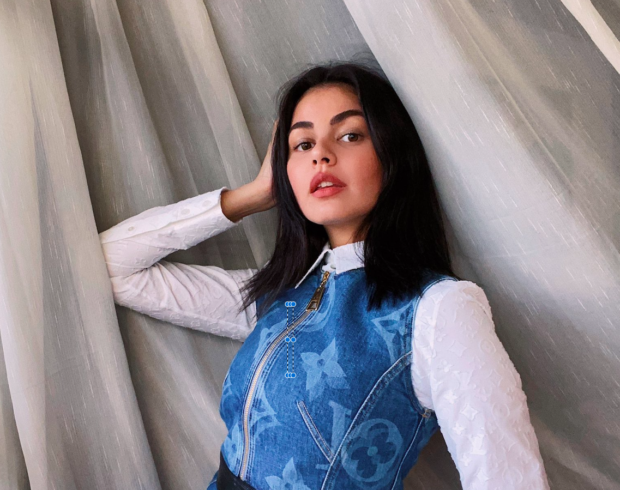 Kapamilya actress Janine Gutierrez is the latest celebrity to express her dismay over the government’s COVID-19 response amid the latest surge of infections more than a year into lockdown.

Gutierrez aired her sentiments about how Filipinos are being told to stop complaining about the country’s situation over the past year, through a tweet yesterday, March 23.

(There is an incredible lack of concern. It has been a year of suffering for Filipinos; instead of giving solutions, your advice is to put up with it and not complain. Until when? Filipinos are obedient and understanding, if only there were sensible people to rely on.)

Several Twitter users replied to Gutierrez, telling her that the difficult situation is also faced by other countries. Some also questioned why Gutierrez wasn’t offering solutions of her own. The actress responded to some of them, stating that she was not speaking out for herself and she actually had a suggestion in mind — mass vaccinations.

(I am happy for you, that you can out up with it. But we have a lot of fellow Filipinos who would die if they simply put up with it. This “complaint” of mine is for them.)

It has been over a year since the government placed the country under lockdown, considered one of the longest in the world. Still, COVID-19 is seeing a renewed increase with a new all-time high of over 8,000 new infections. The National Capital Region and the adjacent provinces of Bulacan, Cavite, Laguna and Rizal were recently placed under a general community quarantine from March 22 to April 4.

Fellow actresses Angel Locsin and  Liza Soberano have also voiced out their frustrations regarding the government response to the pandemic after over a year since the lockdowns were first ordered.

Despite being told by bashers to step away from social and political issues, Gutierrez remains outspoken and urged her fans to speak up as well. She has participated in a protest calling to junk the controversial anti-terrorism law and was among the Kapuso actors, before her network transfer, who expressed their support for ABS-CBN when it was denied its franchise last year. JB