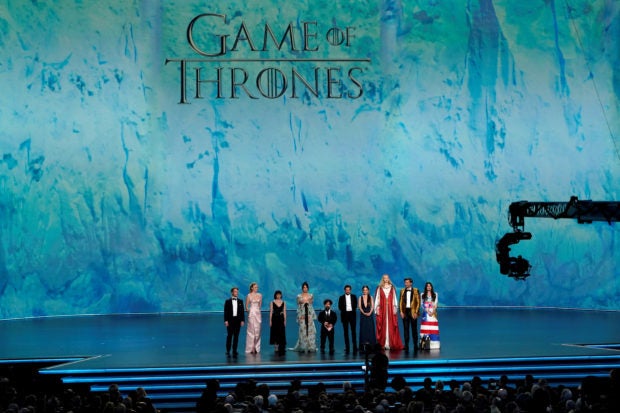 One spinoff, titled “9 Voyages” or “Sea Snake,” hails from “Rome” co-creator Bruno Heller, while the other two, “Flea Bottom” and “10,000 Ships,” have no writers yet attached.

“9 Voyages” would center on Lord Corlys Velaryon known as the “Sea Snake” and head of House Velaryon, husband to Rhaenys Targaryen, on the Sea Snake vessel. The most well-known nautical adventurer in all of Westeros, Lord Corlys built a house even wealthier than the Lannisters and claims the largest navy in the world.

“Flea Bottom” would take place in the poorest district of King’s Landing, while “10,000 Ships” revolves around Princess Nymeria, who journeyed with the Rhoynar to Dorne and married Lord Mors Martell.

These projects follow another “Game of Thrones” prequel, “House of the Dragon,” which is already much further along, having cast Paddy Considine, Olivia Cooke, Emma D’Arcy, and Matt Smith, in addition to Steve Toussaint, Rhys Ifans, Eve Best and Sonoya Mizuno.

Considine will star as King Viserys Targaryen, with Smith as his younger brother Prince Daemon Targaryen, D’Arcy as Princess Rhaenyra Targaryen, the king’s firstborn and Cooke as Alicent Hightower.

While not much else is known about the three series in development, Toussaint has been cast as Velaryon in “House of the Dragon,” seemingly setting the actor up for two series set in the fictional world from George R.R. Martin. The same could also be speculated about Best, who has been cast as his wife and dragonrider Princess Rhaenys Velaryon (nee Targaryen). JB