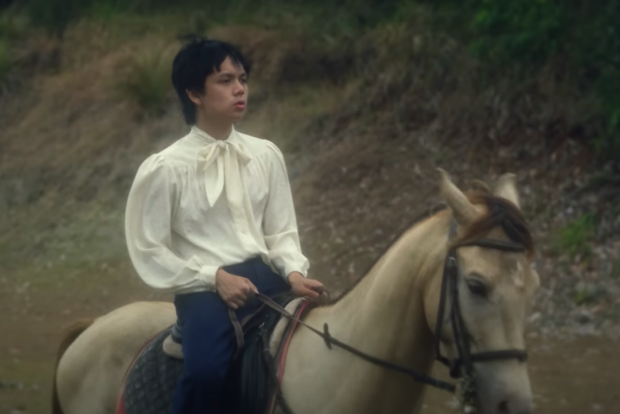 Zild Benitez in the music video of “Bungantulog” (Image: screengrab from YouTube/Zild)

IV of Spades singer-bassist Zild Benitez has dropped his new song “Bungantulog,” just a few weeks ahead of the release of his second solo album, “Huminga.”

Benitez wanders about the serene fields and sceneries of Pangasinan in the music video for “Bungantulog,” which likewise premiered on YouTube yesterday, March 18,

As he announced the release of “Bungantulog” on social media, Benitez revealed that it is one of his favorite songs in the upcoming album.

“Bungantulog” was released under Balcony Entertainment, the record label led by veteran musician Rico Blanco. The former Rivermaya frontman is also listed as part of the band for Benitez’s new song, along with Ana Declaro, Tim Marquez and Sam Marquez.

The music video, which was filmed at the Teraoka Family Farm, was,  meanwhile, directed by Raymond Dacones and Trina Razon-Dacones.

“Bungantulog” is the third song Benitez released as part of “Huminga,” with the first songs being  “Kyusi” and “Apat,” which also have music videos up on Zild’s YouTube channel.

Aside from being his second solo album, “Huminga” is also the second album Zild was able to work on amid the pandemic-induced lockdown. His debut solo album “Homework Machine” was released in August 2020, the same month IV of Spades announced taking a hiatus to pursue other personal interests. /ra