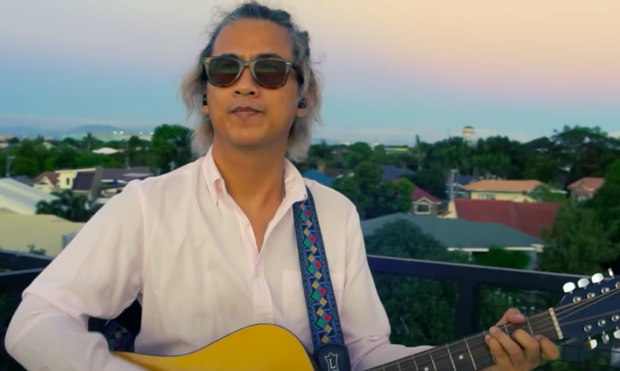 Ely Buendia in the music video for “Metro.” Image: screengrab from YouTube/WeNeedALeaderPH

Ely Buendia is calling for smart voting and effective leadership in his new song “Metro” for the We Need A Leader PH campaign ahead of the 2022 elections.

Without naming certain figures, the OPM rock icon also slammed both incompetent politicians and the people still supporting the former despite the poor handling of the country’s problems, including the COVID-19 pandemic and the West Philippine Sea dispute.

For undisclosed reasons, We Need A Leader PH has since taken down the music video but reuploaded it on YouTube earlier today, March 16.

Buendia, who had been relatively not as vocal compared to other celebrities regularly speaking up on problems plaguing the country, seems to have let it all out in “Metro” by urging the public to vote for a “smart, compassionate and brave” leader in 2022.

The We Need A Leader campaign’s goal is “to educate people to think when voting for a leader,” it said on its official website.

Prior to joining the said cause, Buendia was among the “free artists of the nation” under the “#ArtistsFightBack” movement who slammed the passing of the Anti-Terrorism Bill last year. JB

Ely Buendia thanks public for supporting local artists amid COVID-19