BTS gets praise from Lea Salonga after their reaction to Grammy loss: ‘Class act’ 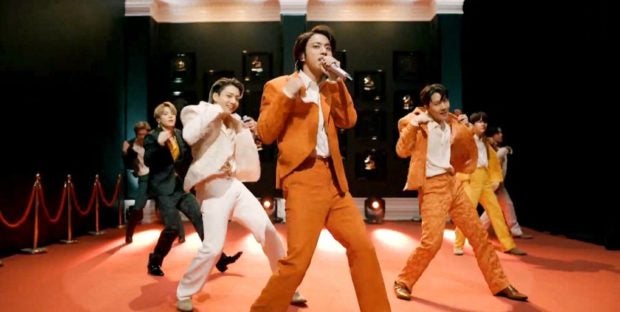 Lea Salonga, a self-confessed BTS fan, was among those disappointed to see the Korean group lose after getting their first Grammy nomination.

However, the acclaimed Broadway actress still found something to celebrate about the K-pop superstars: their “gracious” reaction to finding out about the Grammy results. They were nominated for best pop duo/group performance for their English-language hit “Dynamite.”

The seven boys initially appeared dismayed when they found out they lost the award, as seen on the group’s official Twitter page. Eventually, they clapped and comforted each other.

The video shared on Twitter today, March 15, has over 1.1 million likes, as of writing.

“You guys are such a class act, even at that moment,” Salonga told the septet. “Army is proud, because of the music you make and how you make everyone feel. Thank you.”

Lady Gaga and Ariana Grande took home the best pop duo/group performance award for “Rain on Me,” a win which Salonga hailed.

“Like many of the fans, I was upset they didn’t win, but at the same time celebrate the win of Lady Gaga & Ariana Grande,” she said on Twitter after taking questions from fans. “Their collaboration was excellent too.”

“I have full confidence though that BTS will be nom’d again, and I’m hoping it’ll be for something they wrote,” she added.

Despite their loss, BTS still managed to make history during the awards night. Their performance of “Dynamite” made them the first South Korean act to perform their own song at the Grammys. JB

Even without a Grammy, BTS goes on