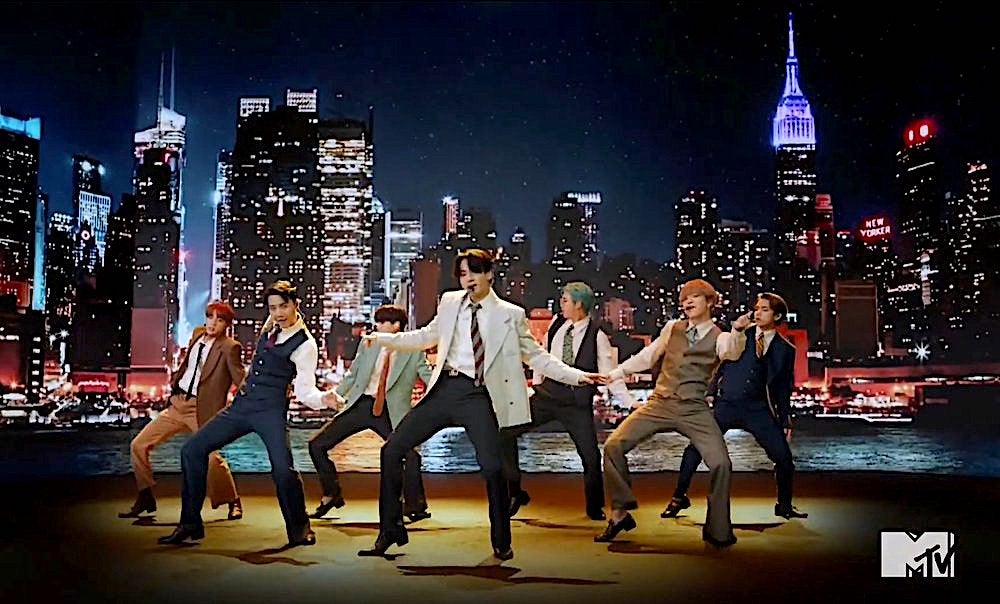 BTS at the MTV Video Music Awards —PHOTOS FROM AP

I’ve fallen into a BTS rabbit hole, and no, I don’t need saving.

Blame it on a couple of fellow “tita” friends on Facebook who posted BTS videos as their happy pill during this pandemic. Blame it on previously televised performances, including 2018’s “New Year’s Rockin’ Eve,” which I caught and tweeted about.

And finally, blame it on a record-breaking brand spanking new single called “Dynamite,” which has already clocked more than 260,000,000 views on YouTube since its release on Aug. 21, with its B-side (an alternate edit of the video) garnering almost 46,000,000.

Jin, RM, Suga, J-Hope, Jimin, V and Jungkook. By now, their fans (known as ARMY) have more than memorized their full names, the lyrics of their songs, and their intricate choreography (we’re talking surgically precise). From observing their latest performance at the VMAs, it looks like BTS is having a grand time onstage.

Perhaps it’s due to the rough beginning they had as pop idols in South Korea that the boys have bonded so closely. The band [which debuted in 2013], with its more aggressive sound steeped in hip-hop, didn’t reach anywhere close to the top 20 on the Korean charts.

Its first few EPs were relatively small successes, until the release of “The Most Beautiful Moment in Life, Part 1” in 2015, which spawned the singles “I Need U” and “Dope.” At long last, they broke into the Top 10 on the music charts in Seoul, and those singles’ videos hit 1,000,000 views in the first 15 or 16 hours of their release. 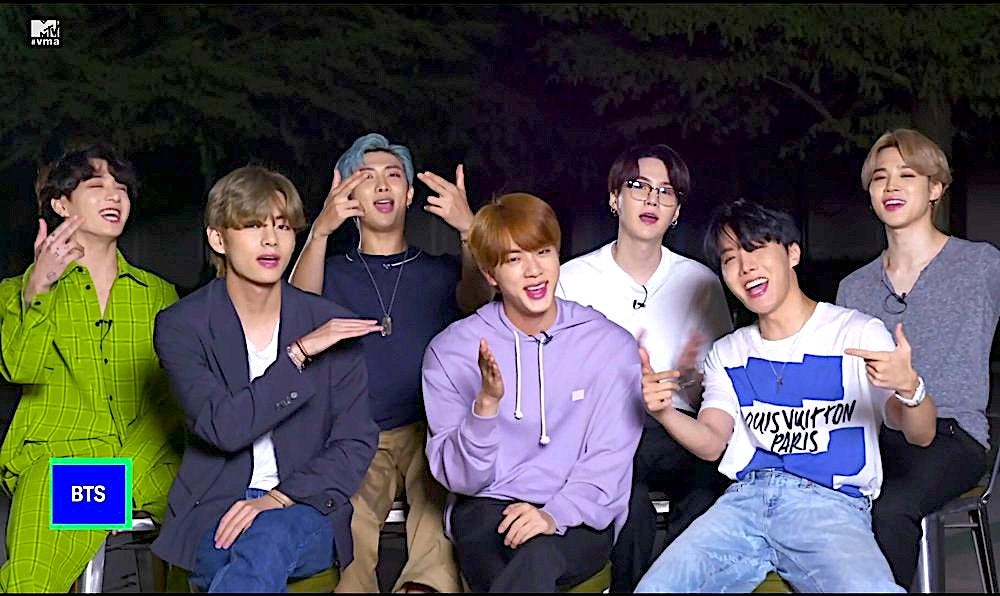 They have partnered with Unicef on the “Love Yourself” campaign, addressing the United Nations General Assembly in September 2018. They write music about mental health issues and self-acceptance. They are allies to the LGBTQ+ community. They have appeared at the Grammys and the Billboard Music Awards, as well as numerous television shows in the United Kingdom and the United States. And they are amazing to their legions of fans, which seem to range in age from children to older adults.

“Dynamite,” their first single entirely in English, is a radio-friendly old-school bopper flavored with disco, funk and soul. The music video is colored in pastels and jewel tones, and much of the choreography is classic Michael Jackson. You can’t help but smile and dance. And it could not have come at a better time.

As the global coronavirus pandemic ramped up at the beginning of this year, many Asians and Pacific Islanders were experiencing rabid and rampant racism in the United States.

One of my Fil-Am friends was spat on as she was heading to the post office (thankfully she was wearing a mask). This, and other similar stories of hate and racist attacks, is the reason for the #RacismIsAVirus campaign organized by actor and Broadway Diversity Project head Diane Phelan, and the “Fight the Virus, Fight the Bias” campaign spearheaded by “Master of None” creator Alan Yang.

All over, there is hate, ignorance, sadness, heartbreak, raging anger, anxiety and fear. And what does BTS do? Release a single whose seemingly sole intent is to make people happy.

Maybe unintentionally, “Dynamite” is a response to everyone spewing hatred and bile in this terrible environment. BTS through this one song is lighting up the sky with positivity and love, comforting and cheering us on during this frightening time, and reminding us that there’s still beauty and goodness left in the world.

By the way, BTS stands for Bangtan (bulletproof) Sonyeondan (boy scouts). Given all its members have endured and accomplished, they are truly living up to their name.