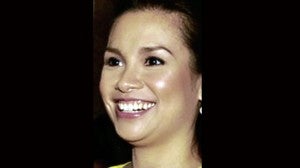 As “Thrilla in Naia” continues to hog headlines on all news platforms, more celebrities weigh in on the implications—major and minor—of the show biz controversy of the week.

It has raised m

ore questions than answers, to be sure, and more controversy is expected to erupt on account of the mishap.

Is it wise for the populace to keep talking about the Ramon Tulfo vs Raymart Santiago/Claudine Barretto brawl a week after the incident?

These celebrities merely hope that the scandal leads to self-reflection—on both the personal and national levels.

I wish there was a closed-circuit video to settle the dispute once and for all. But no one party was all wrong, or all right. Suffice it to say, it didn’t have to escalate to that degree. Their behavior puts the integrity of all public figures, regardless of reputation, in doubt. Many artists have worked hard throughout their entire careers to build immaculate images, and for all that to come crashing down, no thanks to the misbehavior of a few, is nothing short of shameful. I don’t want to judge anyone embroiled in this dispute (as no one saw everything that took place from the very beginning), but everyone had a choice to keep it from getting to the level that it did.

One of the things that most celebrities nowadays forget is that they are role models, whether they like it or not. Whatever they do in public speaks volumes of their character. But more than that, somehow they also tell the public what is “acceptable.” Kids could pick this up as correct behavior and emulate it.

It’s a good time as any to reflect on the effects of our words and actions. As social media make it easy for us to share with the whole world our innermost thoughts and opinions, we forget that no matter how “right” we think these are, sometimes they can hurt. We have become careless about our words; we don’t realize how much pain we can inflict on others. We have lost our capacity for restraint—be it in actions or in words. We mock, draw conclusions, quote biblical passages out of context and make all sorts of remarks without thinking of the consequences. Unwittingly, we have become a society of bullies.

This unfortunate incident proves that we have to be respectful of each other. It is a small world and a short life.

Airline companies should respect their passengers by informing them immediately of necessary actions they have to take and apologizing for any inconvenience they may have caused.

Complaints should be aired in the hope of improving situations, not venting out anger.

Cameras can be pointed at anyone nowadays so this should motivate us to behave ourselves. It is futile to defend our right to privacy when everyone owns a camera. But we never have to fear being recorded by others if our actions are always inspired by concern for one another.

For those in positions of power, respect for our kababayan is even more imperative—even if they are the ones misbehaving! If you mean to correct them, do so with kindness, with respect.

Of course, all these are easier said than done. But this public scandal would have served its purpose if we all learn from it. We have to respect each other. It’s a daily struggle that we need to do: To love our neighbor as we love ourselves. At kung hindi ka takot sa Diyos, matakot ka sa camera!

One disturbing fact that came out of this issue is the lack of security cameras at the airport. That’s inexcusable. The authorities should seriously look into this. Does this mean our airports are vulnerable to terrorists and criminals? Why did it have to take a scandal to expose this urgent matter? How can we get to the bottom of the issue and judge the two parties fairly, when there are no functioning CCTV cameras in that area? As of now, the two camps are just dishing out claims and counter-claims.

This incident should serve as a wake-up call for everyone to exert extra effort to maintain a cooler disposition and avoid acting on impulse.

It exposes the bad service that consumers often have to endure in this country. We pay all sorts of taxes, but the welfare of customers and airline passengers are often set aside. I’ve had lots of bad experiences while traveling. Once, my luggage wasn’t just off-loaded; it was broken when I got it. But instead of getting upset, I kept cool. I’d rather sleep than quarrel with someone.

Personally, both sides may have their points but Claudine has the right to get mad. She’s only human. It was a natural reaction to the inconvenience caused by an airline. The rights of airline passengers are often neglected. I myself get upset when I encounter incompetent or insensitive people in convenience stores, for example. Some sales clerks would refuse to let you purchase an item just because they don’t have loose change. What about the rights of the customer?

I’ve seen the YouTube video, but I don’t know what really happened there. I just hope it won’t put our country in a bad light. I don’t want foreigners to think that we are a nation of hooligans. Hopefully, the government will move swiftly to assure the flying public that our airports are safe. More than the intrigues, what we should discuss is the lack of security in our airports. 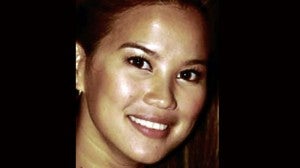 I think the real story behind the controversy has not been established yet because there’s no CCTV camera at the airport. As such, my opinion cannot have any solid basis as of now. At present, it’s just a case of “he says, she says.” It’s hard to take sides if there’s no objective proof provided by security footage.

This issue has opened a can of worms. It’s like a mirror to our society and shows us what should be corrected in our country. Firstly, why are there no CCTV cameras at the airport? This is not a clear-cut issue. It’s hard to form an opinion since the airport can’t provide complete video footage. It struck me, though, that both parties (being actors and journalists) are supposed to be articulate and excellent communicators, but they were not able to talk about their problem in a civil and calm manner.