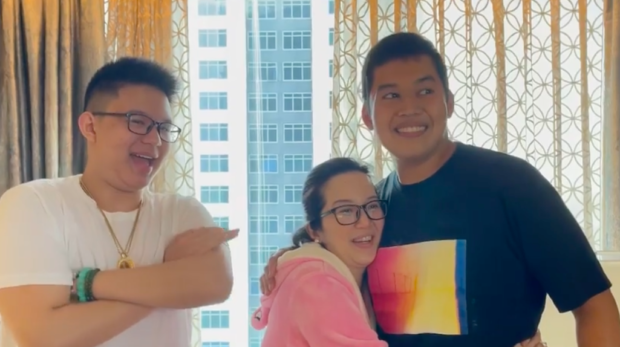 Kris Aquino expressed that she is now considering several locations in Tarlac province to permanently live in, reiterating her plans to move away from the city.

“Cards on the table, I was readying to switch my voter’s registration to Sitio Alto, Barangay Central, Tarlac,” Aquino said in an Instagram post today, March 8.

“It is doable because of the ready availability of modular homes,” she added.

Aquino also stated last month her idea to move, saying she was going to rent a beachfront house for a few months until she figured out where to move next.

At the time, she kept most of the details private but said she will only be visiting Central Luzon every six weeks to check on her eldest son Josh.

Now, Aquino explained that she was “running away from love” as high blood pressure from “seven years of emotional stress” were causing problems with her autoimmune conditions.

She also clapped back at netizens who were criticizing her and her sons.

“I leave you with this, my mom warned me—I’ll always have to do twice the effort as everyone else because all you now see is my fame, my name, and my perceived wealth.” she stated. “Trust me when I say, I will study, immerse, and I will win your approval because I worked harder than what is demanded.”

Criticism online isn’t anything new to Aquino, but the latest harsh comments that involved her children struck a nerve for her anew. Recently, she called out critics for homophobia directed at her youngest son Bimby and dispelled rumors on Josh getting married.

Josh is Aquino’s son with actor Phillip Salvador while Bimby is her son with PBA player James Yap. JB