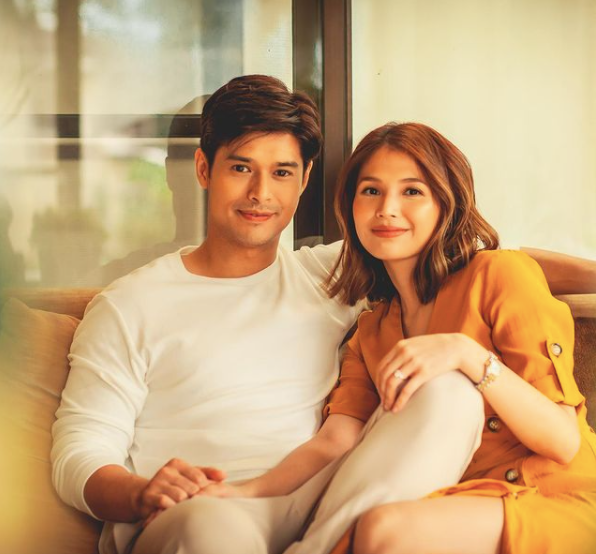 JC de Vera, known to be private about his personal life, revealed that he and his non-showbiz partner got married back in 2018.

The actor made the confirmation in the vlog of Erich Gonzales, which was released last Feb. 28.

“Hindi talaga ako iyong ma-announcement. [Pero] hindi secret (I am not the type of person who makes announcements. But it was not a secret),” he said.

“I will always tell everyone [if they ask if I am married],” he added.

He said the civil wedding with Rikkah Cruz took place before their daughter Lana Athena was born in April 2018.

The actor also took fans by surprise as he announced he had a baby only months after she was born. He also did not immediately reveal who Cruz was, and finally did so during Lana’s christening.

As for a church wedding, he said it was going to happen “anytime this year.”

De Vera said he and Cruz were schoolmates and that she is seven years his junior. He also admitted that she gave him a hard time wooing her—it took him a year and a half to convince her to be with him.

When Gonzales asked about having more kids, De Vera said the plan always was to have a second child after the church wedding.

And what about a third child? It is something that they are carefully considering; De Vera said this is because he would probably be in his 60s and the child would not have finished college yet.