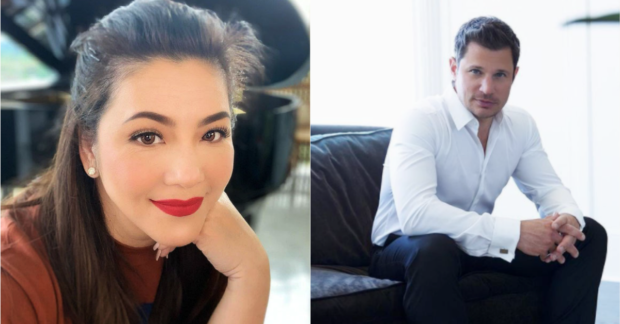 Asia’s Songbird Regine Velasquez does not have to prove herself to anyone, but a flash of ego could get her riled up, she recently admitted in an interview.

Velasquez recalled meeting the boy band 98 Degrees and confessed that she was unimpressed with Nick.

(Of course, my features are kind of oriental so they found me attractive, right? [They were] flirting with me a bit. But that Nick Lachey was rude!)

Velasquez was set to perform with them onstage and because she did not like Nick’s behavior, she decided she would outshine him.

(Can you believe that from the start, he was showing off! This guy. You better prepare yourself, you will not be heard.)

“Kinain ko talaga siya,” she declared. (I really upstaged him.)

“Nainis ako kasi parang, ‘Bakla, nasa country ka namin, ha. Huwag kang umarte-arte diyan,’” she added. (I got annoyed. “You are in our country. Do not show give us that attitude.”)

Amused by her story, fans dug up her performance of “The Hardest Thing” with 98 Degrees from a 1999 episode of GMA variety show SOP.

True enough, Velasquez was in full force as she belted over Nick and drowned his vocals out.

The diva is set to reign in her own virtual concert “Freedom” on Feb. 28. Tickets are being sold for P1,200 at ktx.ph, TFC IPTV and iWantTFC. JB