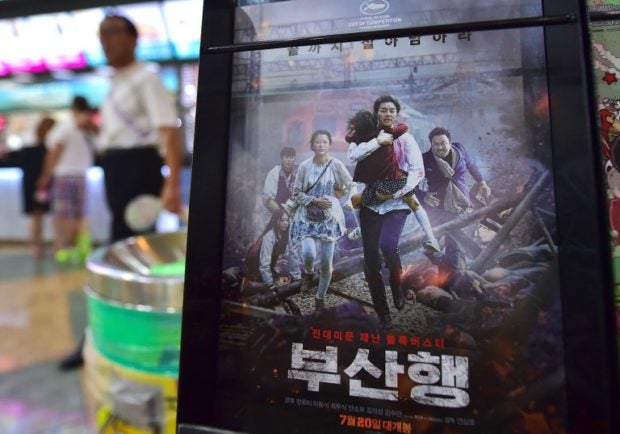 A man walks past a poster of the first South Korean zombie blockbuster, “Train to Busan,” at a movie theater in Seoul on Aug. 4, 2016. Image: AFP/Jung Yeon-Je

Almost five years after the original film was released, Hollywood’s remake of the South Korean blockbuster “Train to Busan” is finally underway.

Indonesian director Timo Tjahjanto, known for 2018’s action-thriller “The Night Comes for Us,” is currently in talks with American production company New Line to helm the film, as per Deadline’s exclusive report on Feb. 18.

Atomic Monster’s Micheal Clear and James Wan, known for “The Conjuring” franchise, and Gaumont’s Nicolas Atlan and Terry Kalagian will, meanwhile, produce the said remake, according to the report.

American filmmakers will have quite big shoes to fill, however, as Sang-Ho Yeon’s original “Train to Busan” was one of the biggest international hits of 2016, reaping several awards.

The said zombie apocalypse thriller, which premiered at the Cannes Film Festival, told the story of single father Seok-woo (Gong Yoo) and his daughter Su-an (Kim Su-an) who boarded a train to Busan to celebrate the latter’s birthday with her mother. Their commute met an unexpected turn of events, however, as a zombie outbreak erupted in the Korean peninsula.