Catriona Gray dishes on Sam Milby’s best traits: ‘He has a great relationship with my parents’ 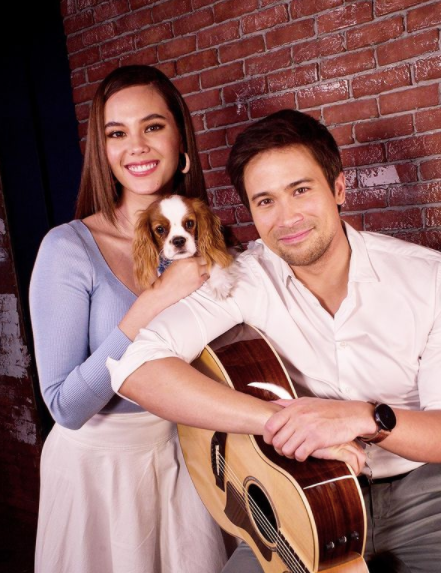 Although she has been low-key about her and Milby on social media, the singer confirmed that she spent Christmas in the United States with the actor and his family.

“It was my first time to spend Christmas away from my family, so it was nice to feel that I was with my family pa rin (still),” she said.

Gray also talked about how Milby is as a boyfriend: “He’s a very good listener, I really appreciate that. And he really goes out of his way to make time for me because we are both busy.”

“So I really appreciate the small things, that he really shows that he’s thinking of me and he makes time for me,” she added.

Gray’s parents are based in Australia and even with the distance, she said that Milby gets along with them.

“He has a great relationship with my parents which is a really fulfilling thing for me rin (too),” she said.

“When I usually call them when we we’re together sa (in the) States, we will all talk together. So it’s really nice to see them have that friendship already with my parents because that means a lot to me and I know that Sam knows that. So it’s just nice to see him make the effort.”

She mentioned too that she hopes to bring Milby in a visit to her parents.

The couple confirmed that they were an item last May, during Milby’s birthday. For her 27th birthday last January, the “Ang Sa Iyo ay Akin” star gave a touching surprise message to Gray on the variety show “Sunday Noontime Live,” telling her, “I love you, Koala.” Niña V. Guno/JB