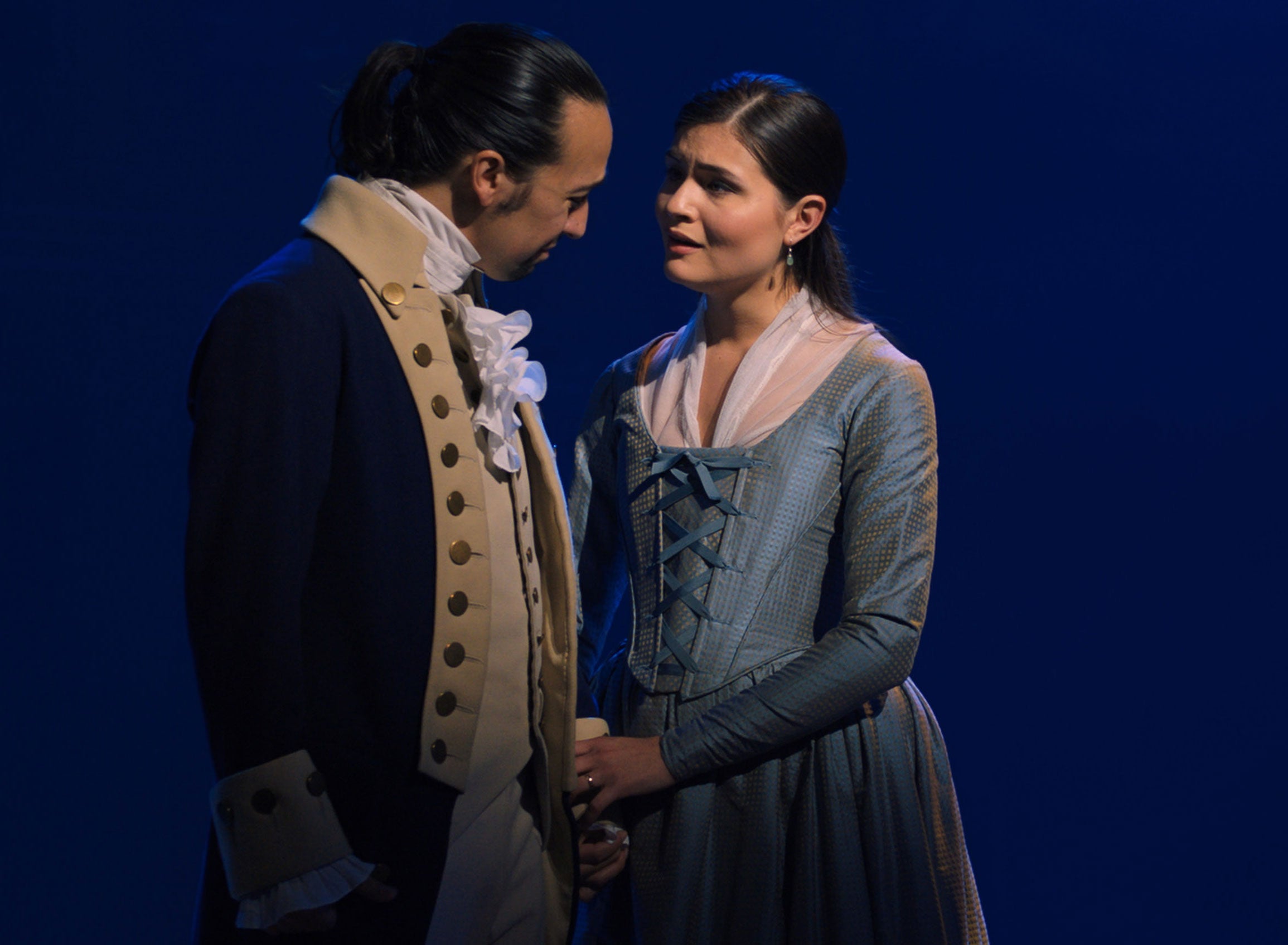 Lin-Manuel Miranda is Alexander Hamilton and Phillipa Soo is Eliza Hamilton in “Hamilton,” the filmed version of the original Broadway production. Disney/Handout via REUTERS

LOS ANGELES  – Hollywood period drama “Mank” led a list of Golden Globe nominations on Wednesday that were strong on diversity and dominated by Netflix in a reflection of the upheaval wrought by the coronavirus pandemic on the movie world.

From the movie version of rap-infused musical “Hamilton” to LGBTQ musical “The Prom” and director nods for three women, the nominations – which kick off the Hollywood awards season – recognized social justice issues and performers of color in a U.S. entertainment industry that critics have long complained is dominated by white men. 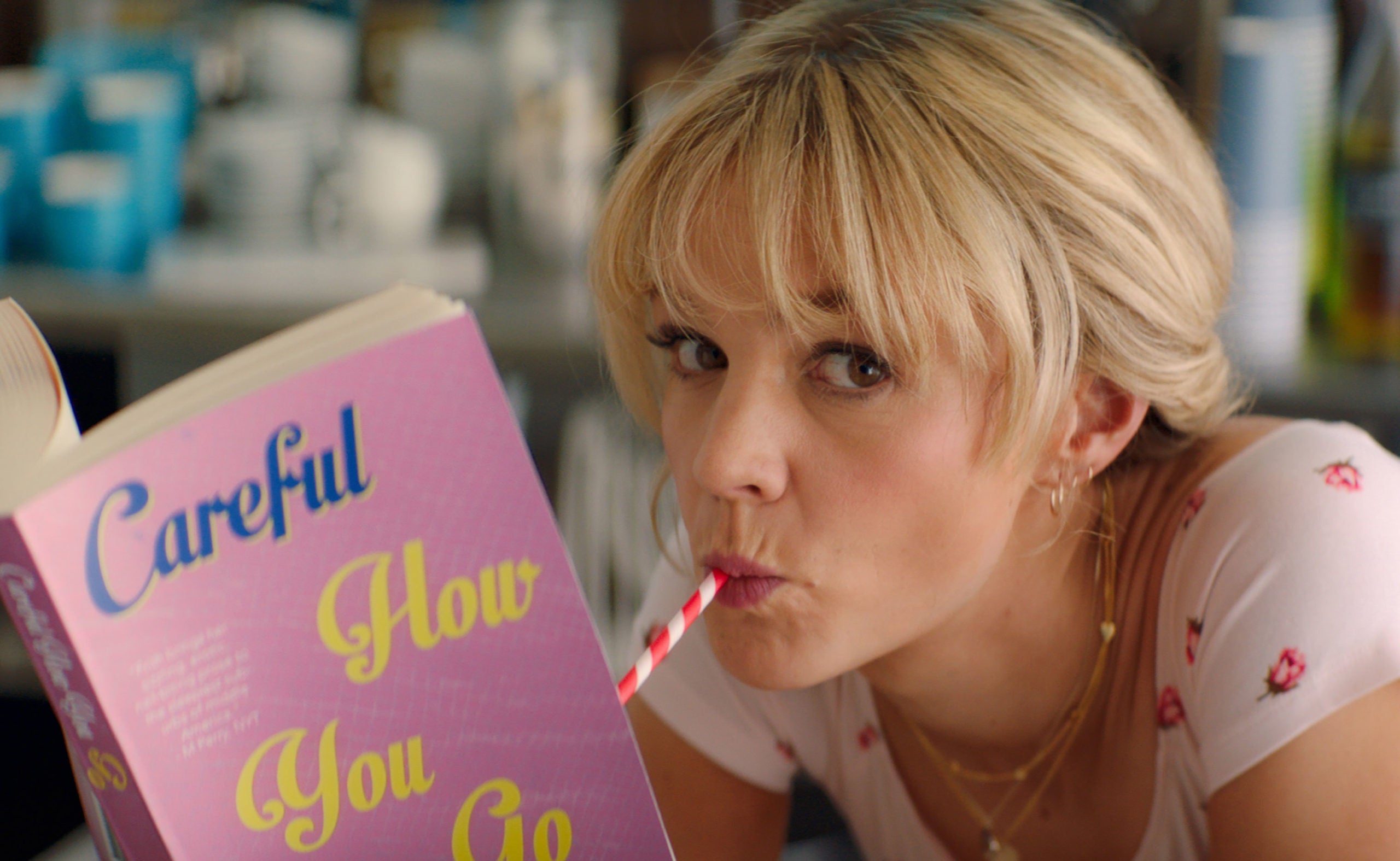 For television, British royal family series “The Crown,” whose season focused on the late Princess Diana, led the way with six nods, including for most of its main cast, followed by quirky small-town comedy “Schitt’s Creek.”

Netflix Inc beat all comers in both film, with 22 nominations, and television, with 20. The tally followed a year in which the pandemic led Hollywood studios to push back dozens of their film releases or put them on streaming services.

Amazon Studios got seven nominations in the movie field.

Three of the five directors nominated were women, including Regina King for “One Night in Miami,” about a meeting of four Black icons in the 1960s; Britain’s Emerald Fennell for “Promising Young Woman” and Chinese-born filmmaker Chloe Zhao for “Nomadland.”

Variety calculated that a record 30% of the acting nominees in the film categories were nonwhite.

They included Viola Davis and the late Chadwick Boseman, in his last film role, the jazz period piece “Ma Rainey’s Black Bottom;” British-Pakistani actor Riz Ahmed as a drummer going deaf in “Sound of Metal;” Andra Day for her role in “The United States vs. Billie Holiday;” and Dev Patel for his modern twist on Charles Dickens’ “The Personal History of David Copperfield.”

“Without question, things are changing,” said actor Leslie Odom Jr., who performed in “Hamilton,” “Music” and “One Night in Miami” where he played singer-songwriter Sam Cooke.

“The table is getting longer, the room is getting larger, and the lens is finding new people and new interesting stories to tell,” Odom said in a phone interview.

Foreign language film nods went to “Minari, about a South Korean family trying to make it in the United States; elder love story “Two of Us” from France; “The Life Ahead” starring Italian legend Sophia Loren; Danish drinking comedy “Another Round” and “La Llorona,” a ghostly drama from Guatemala and France.

The Hollywood Foreign Press Association, which selects the nominees and winners, is known for its sometimes quirky choices, and this year was no exception. Spike Lee’s critically acclaimed Vietnam War drama “Da 5 Bloods” was shut out completely, the little-seen “Music” got two nods and perennial acting favorite Meryl Streep was excluded while her “The Prom” co-star James Corden was among the nominees.

The Golden Globes are to be handed out at a virtual ceremony on Feb. 28, hosted by actors Tina Fey in New York and Amy Poehler in Los Angeles.

“Despite a stressed pandemic year, there is a comfort of sorts in embracing traditions,” said “Mank” star Gary Oldman of the ceremony.

It was a good day for Baron Cohen, who won nominations both for his “Borat” sequel and for his supporting role as counterculture leader Abbie Hoffman in “The Trial of the Chicago 7.”

“These two films are different, but they share a common theme: Sometimes we have to protest injustice with our own farce,” Baron Cohen said in a statement.

Aaron Sorkin, who was nominated for directing and writing “The Trial of the Chicago 7,” said the film had struck an even greater contemporary chord than he envisaged after a year of political unrest in the United States.

“This has been a film 15 years in the making,” Sorkin said in a phone interview. “I always wanted the film to be about today and not 1968. I just never imagined how much about today it would end up being.”