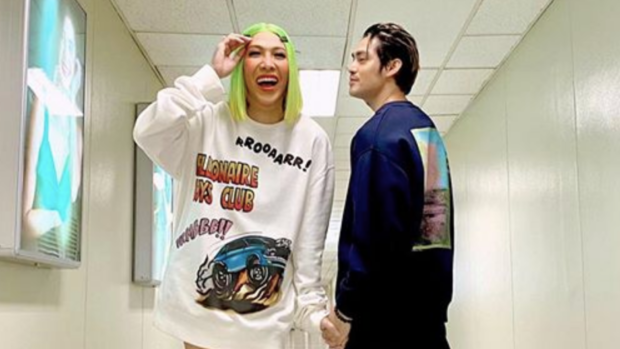 Ion Perez slammed critics of his relationship with Vice Ganda, who claim that he will likely cheat on his partner.

Perez took to Instagram on Jan. 26 to stress that he would never cheat on the comedian, noting that he has even confessed to Vice Ganda’s mother, Rosario Viceral, how much he loves her son.

(Before you think and say that I will cheat on him! Please think first that there is one Nanay Rosario I have told that I love very much her son Tutoy [Vice Ganda’s nickname].)

Prior to the cheating allegations, Perez disclosed via Vice Ganda’s Jan. 20 YouTube vlog that he had been receiving ill comments from people regarding their relationship.

After being asked what the most hurtful thing someone had said about him, Perez opened up that it was when his mother was labeled “mukhang pera (greedy)” over Perez and Vice Ganda’s relationship.

Perez and Vice Ganda publicly confirmed that they have been dating back in November 2019. They marked their second anniversary as a couple last October.  /ra

Shading Roque? Vice asserts being a comedian, not a clown