‘It’s liberating’: Vice Ganda reveals he and Ion Perez have been a couple for already one year 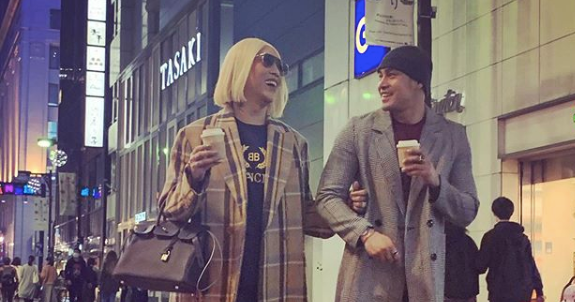 Comedian and host Vice Ganda revealed that he and Ion Perez have been in a relationship for already one year, just a little over a week after confirming the long-running rumor that they are indeed a couple.

Vice shared that it was “liberating” to finally go public with his relationship with Perez in an interview posted last Tuesday, Nov. 5 on the Facebook page of Tonight with Boy Abunda.

(Freedom is bliss. It’s liberating, it feels so much better because I have nothing to hide now, we can enjoy life more.)

Vice recently gave fans a snippet of Ion and him enjoying their Japan trip through his Instagram post also on Saturday, Nov. 2: “You start being happy the moment you stop giving a shit!”

You start being happy the moment you stop giving a shit!

In the interview, Vice said that Perez does not deserve being “hidden” by him anymore.

(Before, I was always hurt because the men I loved could not take pride in being with me. Then I asked myself, why would I let Ion feel the same way I felt?)

(He was the first one to show me off, he always posts about me on Instagram, while I rarely post about him. I said to myself, “Ion deserves this because he is a good person, why would I be ashamed of him?”)

Perez had previously denied being in a relationship with Vice last August. The couple, however, have exchanged I-love-yous during a segment in “It’s Showtime” last September, even before confirming their relationship to the public. JB

Vice Ganda’s heartfelt message for Ion Perez: ‘Everybody deserves to love and be happy’

Vice Ganda, Ion Perez shed tears as they say ‘I love you’