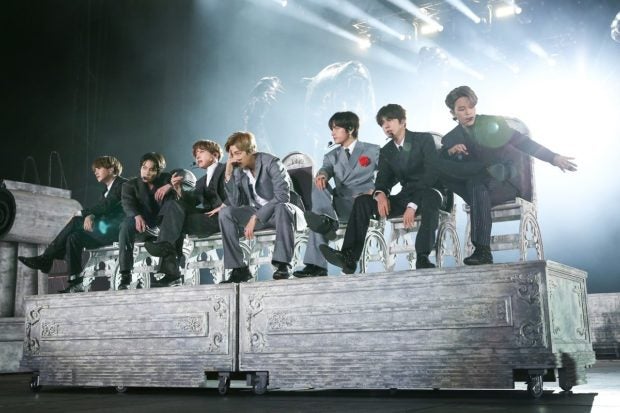 SEOUL — International K-pop sensation BTS has become the first act from South Korea to spend a year on the Billboard 200, setting a record in a career already full of many.

The group’s “Love Yourself: Answer” reentered Billboard’s main albums chart at No. 165 on Monday.According to Billboard, the album has now spent 52, non-consecutive weeks on the chart, making it the first K-pop album to be on the Billboard 200 for a full year.

BTS has another album on the Billboard 200 this week. Its latest EP, “Map of the Soul: Persona,” is at No. 149 for its 25th non-consecutive week on the chart. Yonhap