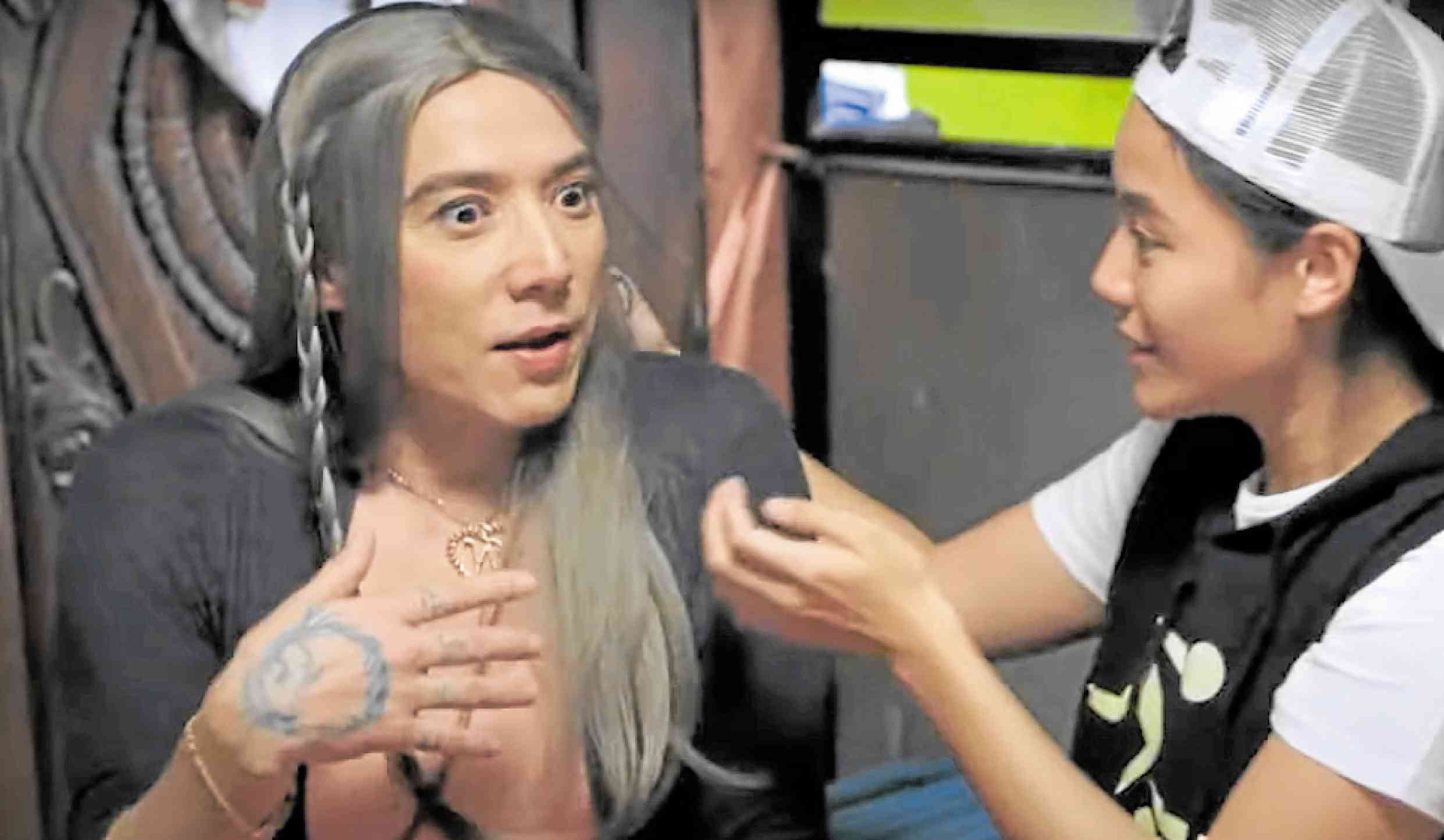 “Real life is more exciting than fiction,” said actor Epi Quizon when asked what he learned from portraying the role of a transgender in an episode in the new drama anthology “Wanted: Ang Serye” on TV5.

Epi played a transgender who beat up her live-in partner, a lesbian (portrayed by Ritz Azul), out of jealousy. “I write scripts, but I don’t think writers would ever think of a plot like this—it’s really hard to imagine. Real life is indeed more exciting,” he told reporters during a virtual media meetup for the show. “What you see in this program are actually real-life situations. They are stories you never thought could happen, but really did.”

“Wanted: Ang Serye” is more of a dramatization of the most controversial stories that were aired on Raffy Tulfo’s public service radio program, “Wanted Sa Radyo,” which were also streamed on his popular YouTube show “Raffy Idol in Action.” For the program, Raffy’s production team checked up on the case subjects to ask them how they have been dealing with their current situation.

The pilot episode that aired on Jan. 16, was the story of an overseas Filipino worker mother, Mary (Pokwang), who had to deal with the scandalous affair between her son Tony (played by Bugoy Cariño) and daughter Marie (Louise delos Reyes).

Presented last Jan. 23, was the story of transgender Exur (Epi) and her lesbian partner Joana (Ritz). Other stellar performances can be expected in the coming episodes from artists such as Adrian Alandy, Max Eigenmann, Alex Castro, Ruby Ruiz, Mickey Ferriols, Kim Molina, among others.

“What’s great about Sir Raffy and his program is that there’s someone who can actually keep our ethics in check,” Epi observed. “It’s similar to Jerry Springer’s show, in the sense that there are two conflicting parties, but unlike that program where the parties are simply pitted against each other on stage, Sir Raffy acts as the referee. In the end, he tries to help resolve the issue between them.”

Epi said it would have been better if he and Ritz actually met the people they portrayed in the show. “Ideally, there should be immersions, but the YouTube clips that were shown to us have greatly helped in terms of knowing what they’re really like. The clips showed their true personalities; and then as actors, we just used our imagination and the lessons we’ve learned from past experiences to play our parts.”

Ritz agreed: “We still studied our characters. We also tried to match their look as much we could … Whenever I watch Sir Raffy’s program with my grandparents, I would always ask myself, ‘Did these stories really happen?’ Now, they will be shown on TV, with all its limitations.”

“I’m pleased that a program like this was made possible,” the actress added. “It will help teach people what to do, especially those who have gone astray, those who are depressed. This will help clear their minds; make them realize that not everything can be solved by force and anger.”

Raffy pointed out that not all “Wanted: Ang Serye” stories that went viral on social media would be seen on television. “We would only feature those that we can learn valuable lessons from,” he explained.

Meanwhile, Adrian plays Charlie, a reformed drug dependent who tried to win back the love of his wife and five children. For him, the most memorable part of the story was Charlie’s supposed reunion with his wife, who had been hysterical during the meeting. “She kicked and punched Charlie, but he just kept quiet and hugged her tightly. That was a really emotional scene between them. We tried to reenact it as realistically as possible,” Adrian recalled.

“His wife went to work abroad, where she also had an affair. He wanted desperately to reconcile with her. He really did his best. What’s good is that his five kids still live with him,” Adrian shared with reporters. “More than entertaining, the stories of ‘Wanted’ are conversation points because they are never one-sided. If you watch the show with someone, like your partner, for example, you will surely have many points to discuss.”