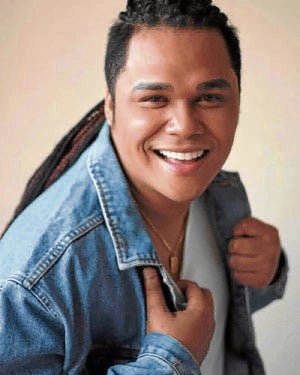 The award couldn’t have come at a better time.

With no live shows due to the COVID-19 pandemic, pop-R&B singer Garrett Bolden couldn’t help but feel disheartened. But being hailed favorite new male artist at the 2020 Awit Awards took him out of a rut and fueled him to keep going.

“I couldn’t believe that it happened at a time when I felt like nothing was happening in my life. I couldn’t perform and there were no shows. I felt like my activities or career were going stagnant … I felt like I had nothing new to offer,” he said in a recent virtualconference.

The recognition gave him a much-needed boost in confidence. “The award motivated me. It’s proof that it’s possible for you to be appreciated by just being yourself and doing you. Whenever I get a chance to sing, I make it a point to share the message of the song with the listeners,” he said.

“In every song I release and perform, I always put my heart into it. Now I’m inspired to do more,” added Garrett, who finished in the Top 5 of the first season of “The Clash.” “But whatever happens in the future, I will simply continue giving my best and hope my efforts are appreciated.”

The 29-year-old recording artist channeled this newfound energy into writing original songs—something he has tried, but had yet to fully explore. The result is his latest single, “Our Love,” which stresses that love shouldn’t be taken for granted. The song also aims to soothe the hearts of those longing for someone.

“I have been trying to write my own songs, but this was the first time I managed to complete one. And I’m glad I was given this chance to share my own composition,” he said. “I was alone during quarantine because I couldn’t go home to my family. I then thought of things to do, and I decided to be creative.”

The songwriting process was an “emotional adventure.” “I had the time to be alone and it had me looking back at everything that was happening around me, my emotions from past experiences and stories my friends shared with me in the past years,” he shared.

The passing of his father two years ago also came into play. “As I was writing it, I felt the same feeling when I lost my father. I was sad and felt a sense of longing through the song. It was as if I could turn back time, see him, and spend more time with him,” said Garrett, who couldn’t fly last year to the United Stated—where his father was based—because of the restrictions.

“Last year, I finally had the chance to go there. But then the pandemic happened. I was filled with sadness, grief because I couldn’t be there,” he said.

Now that he has taken his first step as a songwriter, Garrett hopes to continue and produce enough material for an album. “It’s my debut, sort of, when it comes to creating songs. This is a new skill for me, so I wanted to really take my time with it,” related Garrett, who dreams of collaborating and sharing the stage with South Border, Quest, Julie Anne San Jose—three music acts he admires deeply.

Having a solo concert, even just an intimate one, is another goal. “I want to reach out to more people; I want them to know me through my music,” Garrett said.