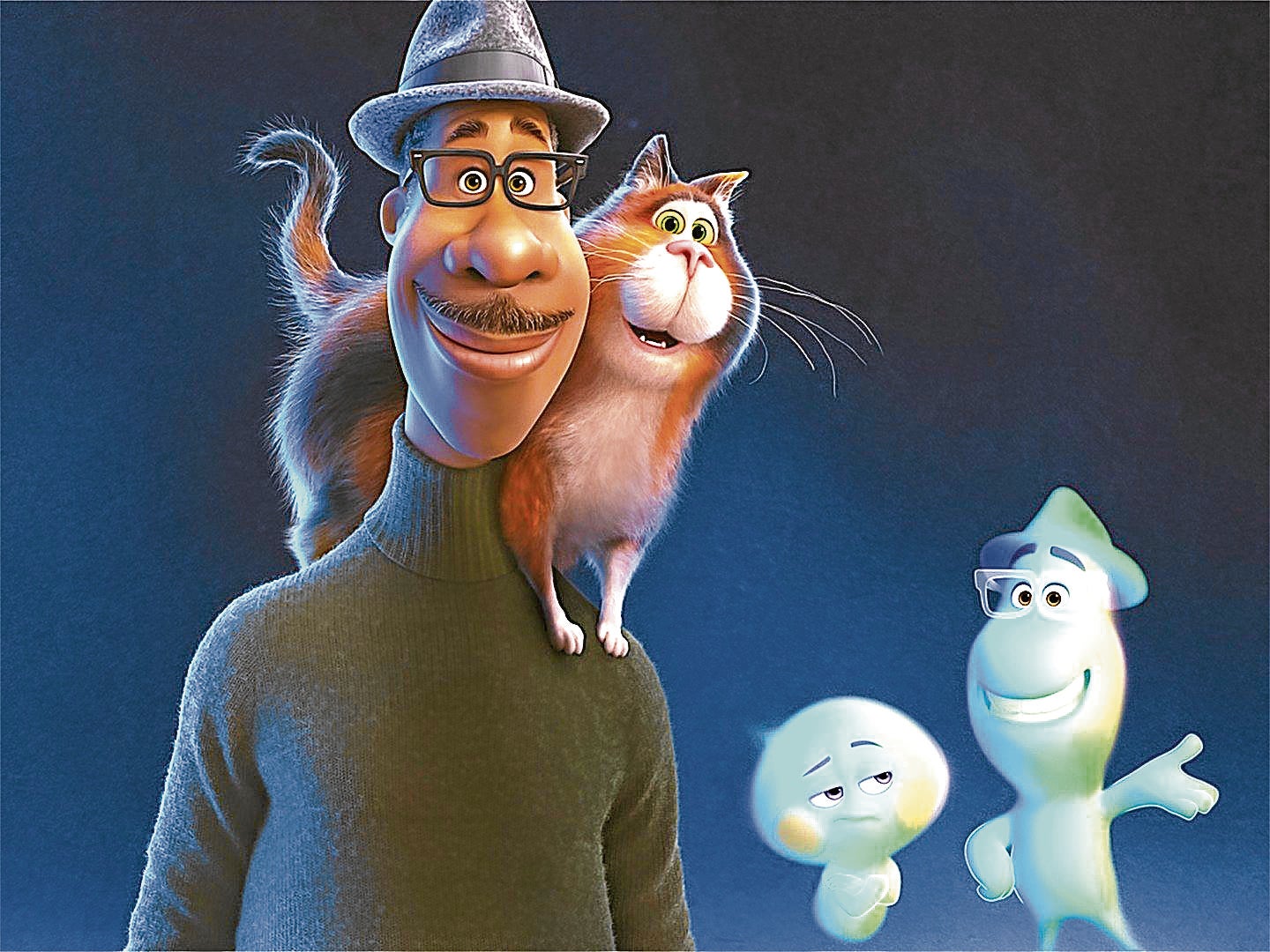 We used to spend a big chunk of our time away from the newsroom watching movies before the pandemic. But that was then, and this is now.

Ten months after the series of lockdowns began, you can imagine how much we’ve missed watching films on the big screen since our theater-hopping days came to a screeching halt in March.

While movie aficionados in Metro Manila have yet to resume moviegoing the traditional way, we choose to see, as a glass-half-full situation, the fact that some movie houses in the country’s MGCQ (modified general community quarantine) areas have since reopened, albeit in limited capacity—like, among others, those in Sta. Lucia East Grand Mall and various CityMall cinemas around the country.

And we couldn’t think of a better movie to ring in the New Year in the new normal than Disney Pixar’s latest animated gem, “Soul,” which boasts a 96-percent approval rating on Rotten Tomatoes—with good reason.

The movie brings those lofty and abstract concepts to palpable life as it examines the dead-end career of a brilliant pianist who kicks the bucket just as he seals the deal for the career-boosting break he’s been dreaming about all his life.

No, that isn’t a spoiler, dear viewers. In this film, protagonist Joe Gardner (voiced by Jamie Foxx), the first African-American lead character in Pixar’s 23-film oeuvre, hits a fork in the road when the jazz quartet headed by saxophonist nonpareil Dorothea Williams (Angela Bassett) gives Joe a shot at a vacant slot in the legendary band.

His unexpected luck puts Joe in a tight bind, however, especially after he finds himself torn between ambition and practicality, and understandably so—a common dilemma among so many talented artists we’ve crossed paths with who would die for their art if not for families who rely on them to put food on the table.

After many years of part-time work, Joe’s finally been “regularized” by the principal of the middle school where he teaches the members of a band consisting of distracted and uninspired 12-year-olds.

But a fatal misstep threatens the realization of Joe’s cherished dream and sends him hurtling toward the Great Beyond! After a period of disbelief and discombobulation, Joe realizes he isn’t ready to meet his Maker just yet—certainly not before he proves to Dorothea and his loving but perpetually disapproving mother (“You can’t eat dreams,” she often reminds Joe) that his underachieving existence cannot be defined by the string of missed opportunities and rejections he had to woefully endure all his life.

Joe’s resistance to “ascend” to the Great Beyond accidentally thrusts him into the Great Before, a holding area where soul counselors prepare unborn souls for life and assign them different personality traits before they’re sent to Earth.

There, Joe meets 22 (Tina Fey), a cynical soul who has remained in the Great Before for millennia, because she dislikes humans and their penchant for sin, self-absorption and propensity for destruction.

After meeting Moonwind (Graham Norton) and other “Mystics Without Borders,” whose mission is to help lost souls “find their way,” Joe, with 22 in reluctant tow, is jettisoned back to Earth.

With all the cards seemingly stacked against him, does Joe have enough time to tie up loose ends before Terry (Rachel House), the proficient soul counter who follows everything by the book, catches up with him and pulls him back on track … onto his scheduled journey to the Great Beyond?

Aside from the catchy energy director Pete Doctor’s vibrant yarn-spinning style infuses to move his story forward, “Soul” benefits from the tantalizing combo of hyperrealistic animation and transcendent musicality that enables viewers to relish and relate to its thematic complexity. It’s a tale that dangles the same questions we ask ourselves when we feel like we’ve hit dead ends in life.

Initially, Jamie Foxx and Tina Fey don’t have the easygoing, uh, spark and sparkle required in screen tandems like this—and that isn’t always a bad thing. In fact, it’s the sort of partnership that, like diesel, requires a wee bit of warming up before it can get the motor running and roaring well.

They manage to sync their portrayals just when the movie needs 22 and Joe to get accustomed to each other’s quirks and work as a team—and that’s when the disparate elements cogently merge like pieces of a puzzle finally coming together. After all, chemistry, like comedy, requires not just timing, but also the combination of right elements.

While it’s true that life isn’t always a bed of roses, this Pixar production nudges viewers to look around them and begin appreciating the seemingly inconsequential things that hardly come to mind when we get things our way.

“Soul” reminds us that in times when the world seems to be spinning so fast, it’s perfectly all right to slow down and see the bigger picture. As long as you live your passion and reach the finish line, who cares if you don’t always win the race?