Paralyzed by the pandemic, Broadway theaters revise their lineups 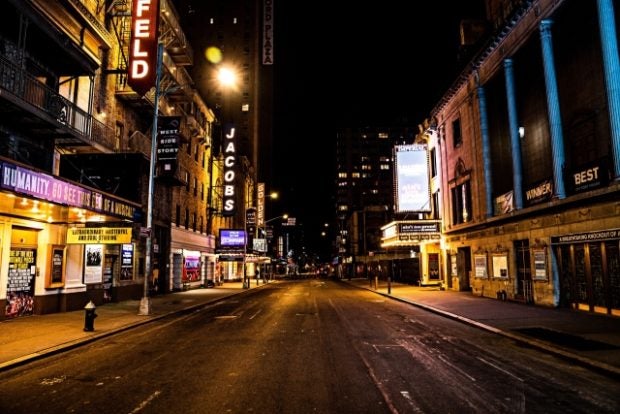 Broadway theaters closed down on March 12, 2020 due to the COVID-19 pandemic. Image: Getty Images/Matthew Murphy via AFP Relaxnews

The effects of the pandemic have been particularly devastating for performing arts professionals. Especially in New York City, where many Broadway theaters have been closed since March 12. Although theaters may reopen in the spring, some productions such as “Mean Girls” will not return to the stage.

“Mean Girls” producers have announced that performances will not resume when theaters reopen. That means it’s the end for the musical that has attracted over a million spectators since its Broadway premiere back in April 2018.

Over a million people watched live the misadventures of Cady Heron, a teenager trying to get accepted by her high school classmates and especially by the dreaded “Plastics.” Based on Tina Fey’s movie hit, the musical earned 12 nominations at the prestigious Tony Awards, but won no awards. However, the show did generate $124 million in revenue on Broadway, according to Variety.

And “Mean Girls” isn’t the only musical that won’t be back on stage because of the pandemic. “Frozen,” “Hangmen” by Martin McDonagh and “Who’s afraid of Virginia Woolf ?” will not be playing in Broadway theaters when they reopen. While there has not been a single performance since March 12, performing arts professionals are hoping that they will resume at the end of May. Which would be after 14 months of being shut.

A rebirth on TikTok?

This hiatus is costing a lot of money, not only for musical producers and actors, but also for restaurants in Times Square and for New York City itself. Official Broadway League figures show that Broadway theaters sold $1.8 billion worth of tickets in 2019. These revenues have of course collapsed since the onset of the pandemic.

However, entertainment professionals refuse to give up. They are doubling down on their efforts to keep the industry alive despite the shutting of traditional performance venues. Many of them have turned to social networks, especially TikTok.

The Chinese-based platform recently saw the advent of “Ratatouille: A TikTok Musical,” a collaborative project launched in the spring that turned into a real musical production. On Jan. 1, the show streamed on TodayTix. The musical raised more than $1 million for the Actors Fund, which helps unemployed United States actors and other industry workers affected by the health crisis. In addition to the money generated, this new experience seems to have won over the public as well as the critics. RGA