“We are proud to help hold the flag and plant it to say that ABS-CBN is not going anywhere no matter what is thrown against us,” declared Edward Barber, one-half of the popular “MayWard” tandem.

Edward and onscreen partner Maymay Entrata were asked to express their opinions, in a recent virtual multimedia conference, about the fact that their love team is bannering 2021 for the Kapamilya network with the romantic comedy film “The Princess DayaReese,” which began airing on New Year’s Day.

“It’s been a tough 2020 for ABS-CBN. It’s an honor to represent the company. Hopefully, this movie can help ‘restart’ the lives of a lot of Kapamilya members and inspire them to begin 2021 with a positive outlook—even though, realistically, the coming year will also have its own set of problems,” Edward said.

Meanwhile, Maymay is grateful that despite the pandemic and the sad fate that befell the network, “I never felt that my family and I lost so much financially. I’m glad that the network still chose to use MayWard to be an instrument for spreading happiness and inspiration to Kapamilya supporters,” she pointed out. “Edward and I actually didn’t expect that our movie would be shown immediately in 2021, but I’m ready for anything. I will serve ABS-CBN for as long as I’m needed.”

MayWard’s 2020 calendar was supposed to be fully booked. They were supposed to shoot a teleserye in Japan last March and an iWantTFC series shortly after. The shoot for “Princess DayaReese,” which should have began in April, had to be rescheduled three times (in August, then in September and, finally, November) before it was finished.

This was why the two admitted to feeling awkward at the start of the shooting, especially since their last acting project was a “Maalaala Mo Kaya” episode shot almost a year ago.

“The awkwardness was natural, even to someone as close as we are, also because we didn’t work on an actual set for many months while we were all in quarantine. We didn’t have any face-to-face contact for so long,” Edward explained. 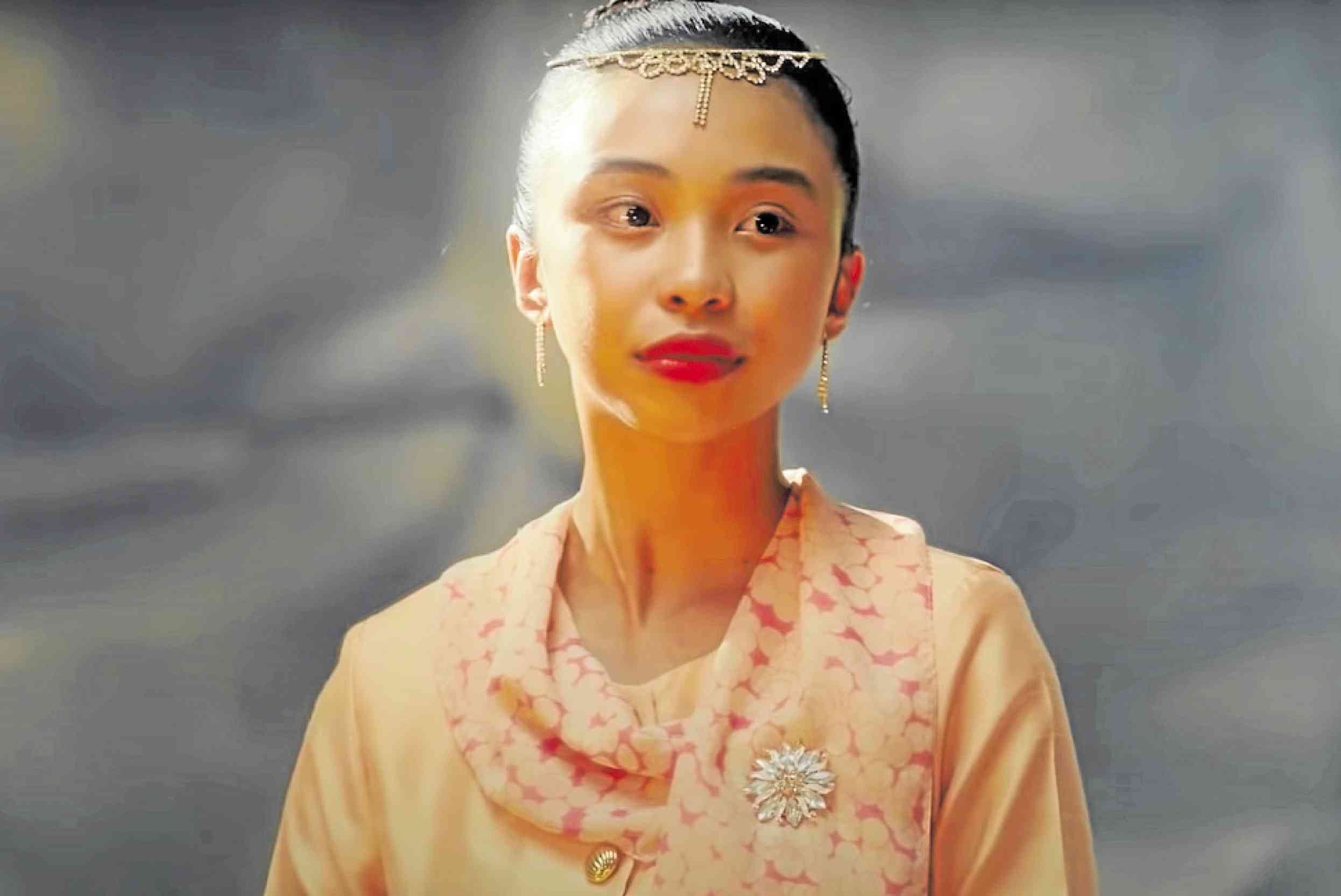 Maymay, however, said they both didn’t allow the awkwardness to last for long. The two attended a series of acting workshops to help them prepare for the shoot. “Sadly, we were still feeling it even on the fourth day of the shoot. This prompted Direk Barry to come up to us one time and do a pep talk. What he told us made me think, ‘Work! Work! Work!’”

Aside from their home network, which showed support by continuously giving them worthwhile projects, Maymay said she and Edward are grateful to their followers, who never left their side amid the pandemic. As early as two weeks ago, their supporters have already booked several block screenings for “Princess DayaReese.”

“We’re forever grateful to them. They do this for us even though they don’t always see us on TV and we’re not too active on social media both because of the quarantine and network shutdown. We still feel their love,” Maymay said. “Thank you for respecting every decision we make that is related to the love team.”

At this point, Edward had to speak for both of them when asked about the real status of their relationship. “I’ve answered this question three times already today. The keyword I always use is content. We are contented with where we are and with the friendship that we have. We both feel there’s no need to push it any further. No matter what we’re going through personally, we will make sure to work things out professionally.

“This is not a show biz/plastic relationship, no. I’d quit the job [if] I had to do that. Maymay and I are the closest of friends. No matter what the industry wants, or what the fans want, this is where we are,” he declared.

When they were asked what their friendship vow for each other would contain, Maymay was the first to answer. “Whatever challenges you have to go through in life, I will be beside you. I am one of your prayer warriors. I always pray not just for you, but also for your family. I promise to support you as your best friend. I will be happy and accepting of what will make you happy.”

Edward responded with, “This won’t be my promise for you just for 2021, but for until the very end. I will do my best to protect you, not necessarily physically. I know you and your heart. I know how amazing a person you are. 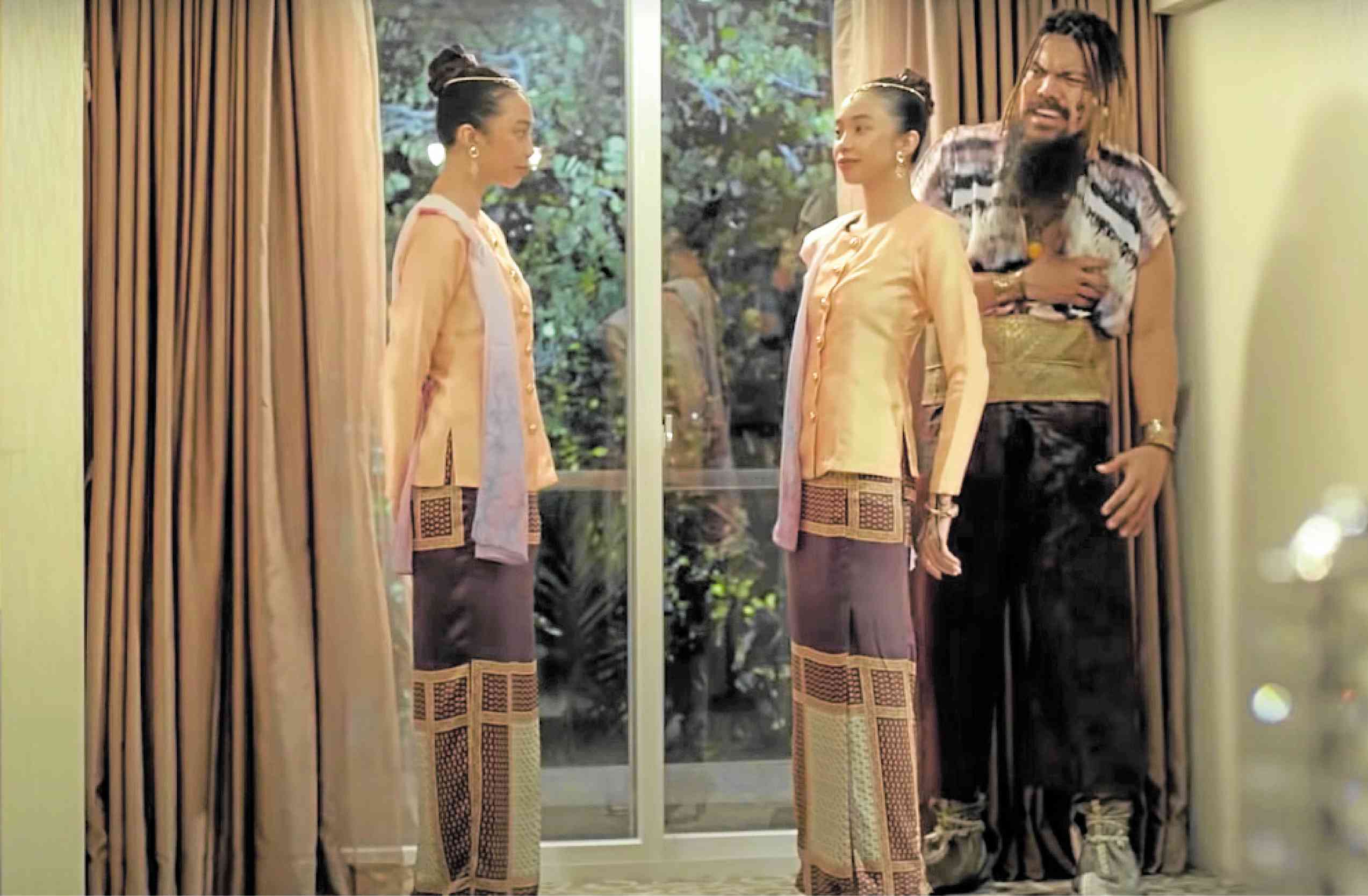 Maymay Entrata as both Reese and Prinsesa Ulap

He further said: “I know that when people see a shining star, one that’s honest and pure, they usually want to pull it down, step on it. I’ll be there to always try to protect you, even though it’s not hard to see that you don’t need much protecting because you’re always strong enough to take care of yourself. I will be that someone who will listen if you need someone to talk to. I’ll always have your back, wherever you go.”

“Princess DayaReese” tells the story of Reese (Maymay), who has always dreamed of living like royalty. The opportunity to fulfill this dream arrives in the form of the runaway Princess Ulap (also played by Maymay), who looks exactly like Reese. In exchange for gold, Reese flies to Ulap’s kingdom, named Oro, to pretend to be the latter for 40 days. This is where Reese meets Caleb (Edward), a young reporter determined to discover whether there indeed are secrets cloaking the kingdom. The situation gets tricky when the man in search of “truth” begins to fall for a “fake” princess.