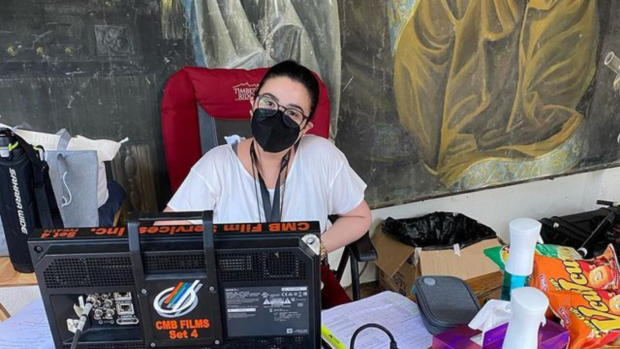 Sunshine Dizon is getting behind the camera as she tries her hand at directing and producing for an upcoming TV series.

The award-winning actress has teamed up with filmmaker Mark Reyes for the project called “B&B: The Battle Between Brody and Brandy.” Dizon will be serving as co-producer and associate director, as per Reyes’ Instagram post on Jan. 6.

Along with his post, the filmmaker also shared photos of Dizon planning her shots for the first day of taping.

Dizon also marked the start of their shooting with a picture of her behind the scenes on her own page yesterday, Jan. 7.

“B&B: The Battle Between Brody and Brandy” will feature Calzado alongside actors such as Ian Veneracion and Lovely Abella, among others.

Though Reyes did not specify the project’s release date, it is slated to premiere on the streaming platform WeTV sometime this year.  /ra