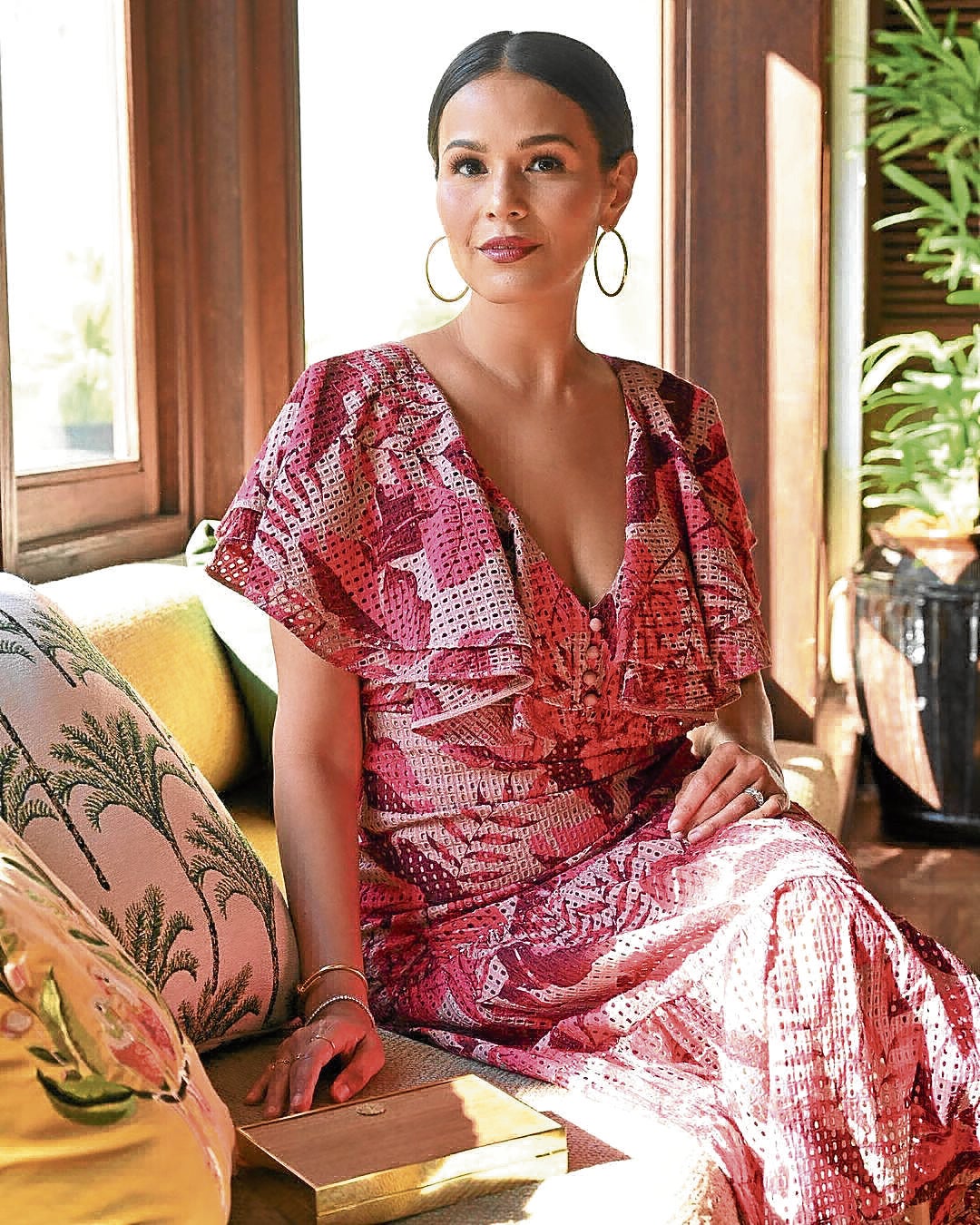 The series of life-changing events that happened in Iza Calzado’s life in 2020, especially when she contracted then survived COVID-19, has left the actress wanting to focus on only two things: improving her health and accomplishing her life purpose.

“Experiencing COVID-19 wasn’t just terrifying. It felt like somebody doused you with cold water and told you, ‘You’re not immortal! You can disappear from this world just like that!’ It will make you ask questions like, ‘Is this really happening to me? Then, what will tomorrow bring?’ There was a lot of uncertainties,” Iza told Inquirer Entertainment in an exclusive virtual chat.

“I thought that once I get checked in to the hospital, things would be OK. I had my oxygen and was taking the right meds. But then, I almost got admitted to the ICU (intensive care unit). One day I was a little better, but the next day, I caught a bacterial infection and needed IV and antibiotics. It’s what you call a but-wait-there’s-more moment. It’s when you realize that you’re no longer in control,” Iza recalled.

“What were my realizations? No. 1 is to prioritize my health. I abused my body. Just being in this industry alone for 18 long years took a toll on my body. I diet; I work out a lot, but I always don’t have enough time for sleep, which is vital to having optimal health,” she pointed out.

“I have always hated the long working hours in this business, but what am I to do? I’m just an employee. If I say something, I might lose my job. Since this happened to me, I would now insist that I can only work for a specific number of hours [in a day] and if you (producer) won’t say ‘yes’ to this, then I also won’t. I don’t want to return to the hospital just for that,” she declared. “We should really prioritize our health if we want to live longer and happier.”

Another realization for Iza is purpose, “and this branches out to being a public figure/actress, to being a wife (to British businessman Ben Wintle), and one day, to being a mother,” she explained.

“Now, I find myself wanting to pass on whatever I’ve learned to others. I don’t want to just bring with me to the grave all the things that I’ve learned from my mentors over the years. These people encouraged me and believed in me, so whatever nugget of wisdom I have about life that I can pass on to younger artists, I would gladly pass on to them,” Iza said.

The 38-year-old actress also pointed out that, “It took me so long to learn and discover the things I know now. If I could tell them to you now and they’d create an impact in your life, then good. If I can also provide, for example, this young kid an opportunity—by putting in a good word for him, or by encouraging him—I’d gladly do it. I know how words create impact and the three people who had mentored me were very helpful just by the words they had said.”

Iza was referring to the following artists who passed away last year: Filmmaker Peque Gallaga (“He was one of those who encouraged me to attend workshops.”), stage-TV director Al Quinn (“He always worked in tandem with my dad Lito Calzado. I also called him ‘Tatay.’”) and theater-stage director Freddie Santos (“He was my hosting mentor when I was with GMA Artist Center.”).

“Sometimes, we think of grand ideas as our purpose, like She Talks Asia and Aktor, both of which I’m part of. But we often forget that it’s these tiny moments that make a big difference in one person’s life. Imagine if every day we’d do something like that to just one person, then we’d surely be helping a lot,” Iza explained.

If you’d care to ask, Iza would tell you that getting sick with COVID-19 just had to happen to open her eyes to a lot of things. She wouldn’t have it any other way, she insisted. “I’ve had so many awakenings—everyone did, too, I guess. It made us appreciate what we have. You now ask questions like, ‘Did your expensive shoes help keep you alive? Was your luxury bag able to give you any comfort while you were sick?’”

When asked about her and Ben’s plans in terms of having a baby, Iza admitted that “there was a lot of bargaining going on.”

She explained that she still has “a lot of self-work that I also need to do, apart from my actual work as an actress. I keep asking God to give me more time—although I know that I shouldn’t keep pushing my luck, that I have to create space and time for that (motherhood).”

This was also the reason she started doing meditation. “This was after getting better from COVID-19. Perhaps, that’s the purpose, to prepare me for motherhood, as well. Definitely, what happened led me to a more spiritual path. Now, my spiritual growth can lead me to becoming a better mother. I just know it.”

Iza said Ben would often hint at wanting a baby soon. “I think if he could carry the baby, he would. He works from home, anyway,” said Iza, laughing. “While my work is very physical. I really have to be there to be able to shoot a film, for example. I don’t think my husband would allow me to do that if I were indeed pregnant. I just have to finish a few more things.”

Iza is currently part of the Kapamilya network-produced drama series “Ang Sa Iyo ay Akin.” She is also promoting “Tagpuan,” which is an entry to the 2020 Metro Manila Film Festival.

Iza is also working with Ian Veneracion on the romantic comedy “B&B: The Story of the Battle of Brody and Brandy,” which is an upcoming WeTV Philippines project. “I still have to finish something that I’ve started doing in 2018, and then the pilot week of a ‘teleserye.’ After that, I’m good. I might just be a YouTuber for a while,” she quipped.