Cardi B on not letting 2-year-old daughter listen to ‘WAP’: 'I don't make music for kids' | Inquirer Entertainment

Cardi B on not letting 2-year-old daughter listen to ‘WAP’: ‘I don’t make music for kids’ 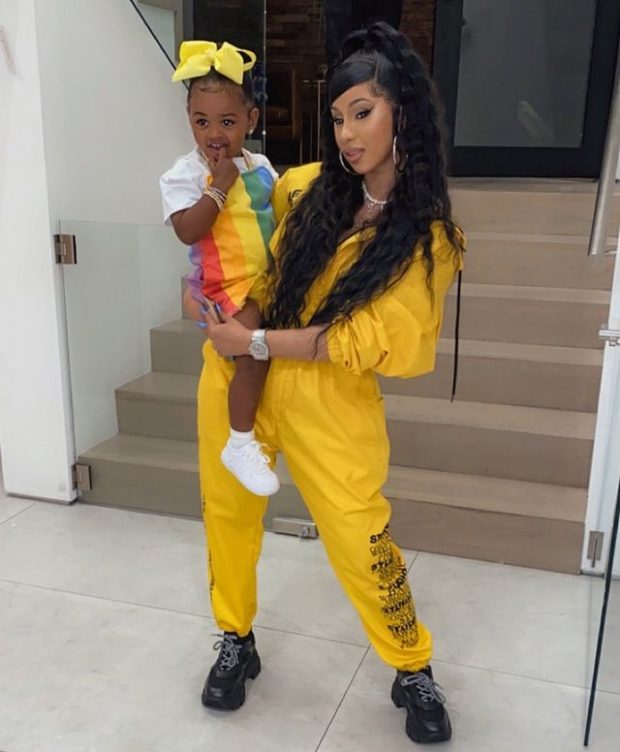 Cardi B and her 2-year-old daughter, Kulture (Image: Instagram/@iamcardib)

Cardi B stood by her choice to not let her 2-year-old daughter listen to her hit song “WAP” after facing criticism for her decision.

The 28-year-old rapper drew flak after dancing to the tune and quickly pausing it when her child, Kulture, walked into the room. The hip hop site RapTV posted a video of Cardi B stopping the song on its Twitter page on Jan. 4.

Following the post, a certain @Mo_fierce called out the artist for hiding the track from her own child.

“So ya daughter [can’t] listen to it but everybody else’s daughter can? @iamcardib AW OKAY!” she told the rapper. “Exactly what I been saying you have an agenda to push with that trash ass label [you’re] with. DISGUSTING.”

So ya daughter cant listen to it but everybody else’s daughter can ? @iamcardib AW OKAY ! Exactly what I been saying you have an agenda to push with that trash ass label your with. DISGUSTING https://t.co/OZja54dICx

Cardi B soon noticed the Twitter user’s post and explained that her songs are not made for kids.

“Parents are responsible [for] what their children listen [to] or see,” she stated. “I’m a very sexual person but not around my child just like every other parent should be.”

She also pointed out that mothers who work as strippers do not twerk around their own kids as well.

“Stop [making] this a debate,” Cardi B stressed. “[It’s] pretty much common sense.”

There’s moms who are strippers.Pop pussy ,twerk all night for entertainment does that mean they do it around their kids ? No! Stop makin this a debate.Its pretty much common sense. https://t.co/JqZaUKbjNo

Cardi B created “WAP” with fellow rapper Megan Thee Stallion and released it last August. The hip hop track debuted at the No. 1 spot on Billboard’s Hot 100 chart, making it Cardi B’s fourth No. 1 single in the United States.  /ra