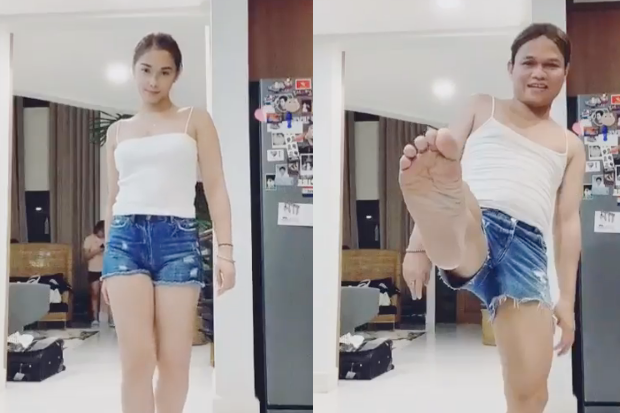 Actress-dancer Maja Salvador took on the latest internet trend, the “WAP Dance Challenge,” with a little help from her friend, the comedian Pooh—or so we thought.

As Cardi B’s latest hit “WAP” goes viral and gives rise to the dance craze, the Majo and Maja duo decided to put a spin on its otherwise sexy choreography to bring smiles to their fans’ faces.

Salvador took to her Instagram yesterday, Sept. 18, to share their version of the dance, which both fans and fellow celebrities found hilarious.

The video starts out with Salvador looking ready to hit the floor when the bass drops, only to be quickly replaced by Pooh, donning the same outfit, with a cheeky edit.

The comedian then proceeds to do the challenge by himself, attempting to perform the dance craze’s floor-humping choreography in his own way.

A handful of celebrities then commented on the hilarious video with their reactions, with Parokya ni Edgar frontman Chito Miranda noting, “eto na yung da best (this is the best).”

Singer-songwriter Moira dela Torre commented, “HAHAHAHHAAH GALING!!!!” while a few other celebrities left bunches of laughing emoji on the video. 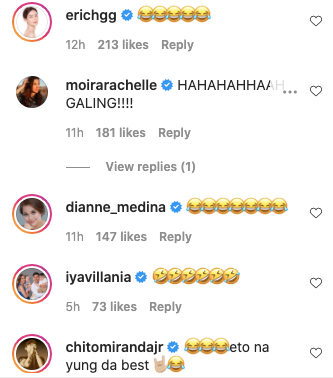 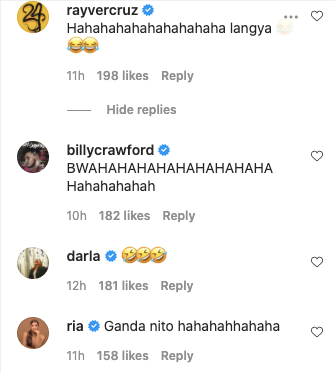