Tita Krissy Achino hits 1 million subs on YouTube: 'This success is not mine alone, it's ours' | Inquirer Entertainment
Close
menu
search 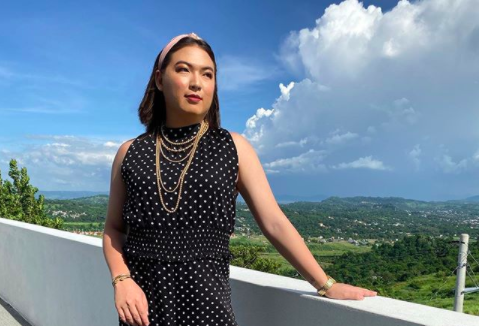 “I’d like to thank all the suhleed (solid) Krissy People na nagtiwala’t sumuporta sa’kin since Day 1 (who have believed in me and supported me since day one). Maraming, maraming salamat din sa lahat ng nakasama ko (Thank you very much to all those I have been with) along the way,” Liu stressed.

In an interview with INQUIRER.net, Liu detailed his journey from impersonating various personalities to being a part of Team Payaman with local YouTube star Lincoln “Cong” Velasquez.

“Throughout the years, I have developed new characters din aside from Tita Krissy Achino. My career as the Kris Aquino impersonator started out when I went viral in 2017 after I mimicked different local celebrity voices for Waze,” he shared.

Liu noted that in the same year, he created his YouTube channel, aptly called “Tita Krissy Achino,” although he was not focused on it at the time as he was busy with television engagements.

Liu also disclosed that what pushed him to create a YouTube channel back then was his passion to create content for others, recalling that he used to think that if he failed to penetrate show biz, “at least I have my own platform where people can watch and see my videos.”

He also credited the rise of his YouTube channel mainly to several occasions and posts. The first is when he posted his viral “How to Deal with Lindol 101” parody video, in which he impersonated the Queen of All Media’s famous reaction to an earthquake last year.

The second one that significantly contributed to his channel’s growth is when he posted his hilarious “Batang Pasaway” cover while embodying his “Tita Krissy” persona, giving life to the rap song with Aquino’s iconic style of speaking.

He also credits his guesting on Willie Revillame’s TV show “Wowowin” and the moment when he actually met Aquino for the first time. He shared that his “Wowowin” guesting was the biggest factor, as he estimates that he gained over 100,000 subscribers after that.

From Tita Krissy to Aling Cely

Liu also shared how he became a regular part of Team Payaman members’ vlogs, noting that they have been friends since 2017, when the group of vloggers was still residing in Quezon City.

“Hindi ako nakatira (I did not live) there, but I get to visit them once in a while, since I live here in Paranaque. Pero (But) when they decided to transfer from Congdo to Payamansion, I helped them din to look for a house na pwede nilang tirhan (they could live in) here,” he shared.

“So contrary to what others believe, hindi ako nakatira sa (I do not live in the) Payamansion but I’m few blocks away from them lang. So neighbors kami. Hahaha!” Liu clarified.

The YouTuber also emphasized how Team Payaman saw a potential in him as another “content material” because of what he could provide to their vlogs, adding that he felt super welcomed by them.

“And tbh, I can feel kung gaano sila ka-supportive sa isa’t isa. Hilaan pataas, sabay-sabay aangat (And to be honest, I can feel just how supportive they are of one another. They lift one another up, everyone grows at the same time),” he said.

Liu, who has been appearing in Team Payaman vlogs for quite some time now, has also become known for his different personas such as Aling Cely, Badong and his impersonation of FlipTop rap battle league head Anygma.

He noted that fans can expect to see more of these characters in the future, sharing that he is actually working on a vlog where he will play all these roles.

“I have a lot of surprises in store for them, so they have to watch out for it. I’m planning to come up with a KDrama-inspired short film feat. me as Chino,” Liu also disclosed.

Fans should also watch out for his vlog collaboration with PBA star Beau Belga, whom fans say looks like Liu, as well as more vlogs featuring new characters the professional impersonator has come up with.

Reiterating his gratefulness to fans, Liu noted that “this success is not mine alone, it’s ours, ‘cos lahat naman ng ginawa ko (‘cos everything I have done) throughout my journey dito sa (here in) YouTube, may mga tumulong na tao (people helped me).”

Being in the YouTube scene for around three years now, Liu advised fellow YouTubers to be more responsible, saying: “We have the platform, we have the reach, let us use it for the greater good—to inspire, to give motivation, and to bring good vibes and happiness to everyone, [especially] in these trying times.”  /ra