In 2014, former FAP chief Leo Martinez filed before a Quezon City court a case to compel MMDA to release the said amount to his agency.

In a statement sent to Inquirer Entertainment, MMFF legal head Vic Trinidad explained that the case has been “archived for failure of FAP” to help in the prosecution of the case.

The MMFF is a money-making endeavor in which FAP is a beneficiary, along with the Movie Workers’ Welfare Foundation, the Film Development Council of the Philippines (FDCP), the Optical Media Board and the Motion Picture Anti-Piracy Council.

Trinidad, who is MMFF head for legal and rules, said that “100 percent of the collected amusement tax has already been released to the beneficiaries” under the term of current MMDA Chair Danilo Lim. 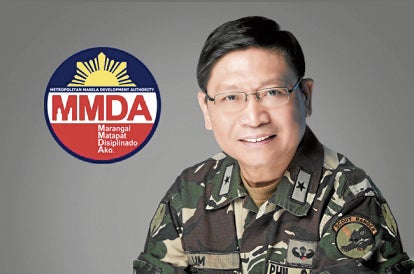 However, Velez in a recent press conference said she had requested from the MMDA “a document saying the FAP has already been paid, but they have yet to show me the document up to now,” she told reporters.

Trinidad countered that, “Instead of going to the press to pursue her claim, Velez should have initiated the revival of FAP’s case so that she can prove her allegations in the proper forum.”

He added: “For the last three years, under this administration, all issues hounding MMFF were addressed. Thus, it is disheartening to hear malicious imputations from a beneficiary whose only participation in the MMFF is to receive money, which the MMFF management, including the executive committee (Execom), worked hard for.”

For MMFF spokesperson Noel Ferrer, “the media may not be the proper forum [to discuss the issue] especially now, since we are busy promoting the very first online MMFF, which we are all working hard for to ensure its success—so we can make everyone happy, including the audience, the film community, our countrymen, and even our beneficiaries, like the FAP.”

In a recent phone interview with Inquirer Entertainment, Velez described as a form of bullying the fact that MMDA has dared FAP to revive the case. “They are [with] the MMDA and I’m just [with] the FAP. I think we’re the smallest government agency, while the MMDA is a big one. While they have a pool of lawyers at their disposal, we don’t have any—we don’t even have a budget for anything!” she stressed.

“We are being bullied, in a way. To them, we are ‘just’ a beneficiary. This is why I’m now more determined to do this for the sake of the film workers,” Velez declared. “This is part of my job. I don’t want people to say I didn’t do anything to claim what was rightfully ours. If this is how they’d answer us, then it means MMDA doesn’t care about the workers. It doesn’t care about the industry at all.”

Velez also said that the archiving of the case that Martinez had filed “was also a big question for me. When I took over the position in November 2019, I already knew that there was a problem because I have been reading about it in the papers. Leo had also given me a copy of the 2009 findings by the COA (Commission on Audit), which said we still have P82 million to collect from the MMDA. I read through it.” 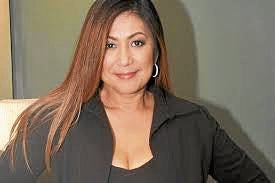 Velez claimed that she mentioned this to Lim in a courtesy call to his office. She also explained that the audited period was from 2002 to 2008, and that there was even another COA finding (released in 2013) that said the collection already grew to P108 million.

“P29 million was added between 2009 and 2013,” Velez pointed out. “This investigation by the COA never led to anything during Leo’s time. I’m curious as to how they could say Leo’s claim had no substance when, in fact, it was based on COA findings. Does this mean MMDA is disputing what the COA said?”

Velez further pointed out: “This was also why I asked them to provide me a document saying that everything has already been paid for because as the new director general, I would still have to compare this with FAP documents. I waited for that document from the MMDA. From that point, it should have been considered a request. They can’t say I just came out with this all of a sudden.”

“Back then, I thought, ‘I’m a new person coming in.’ Whatever it was with Leo that he was able to hold on to his position for 17 years, I don’t know. He also got kicked out of the MMFF Execom, so there must have been trust issues there. I wanted to tell them that they can trust me,” said Velez. “I also told them that I need that document because FAP has to liquidate internally. I gave them the benefit of the doubt. I said I would look at what’s going to happen (starting from her courtesy call in November 2019 to the present); Look at how they would treat me.”

She further said: “This is how they look at us—we’re merely beneficiaries. This means we should just be thankful for whatever amount they will give us. The MMFF was created for the film industry and the five beneficiaries. The funds they are giving us are from the amusement tax paid by moviegoers,” said the FAP chief. “Of course I’m grateful, but to the LGUs (local government units) that would waive the collection of 10 percent of the amusement tax every year during the festival run from Dec. 25 to Jan. 7, and also to the paying Filipino audience. The question here is, how much did the MMDA collect? We have the right to know. You don’t even give us any financial statement.”

As to her decision to discuss the issue through the media, Velez said: “They kicked out Leo years ago, and recently, Liza Diño of the FDCP. I was thinking that they’d reinstall FAP in the Execom through me so I can talk with them directly, but this never happened. How will I be able to get in touch with them when I also can’t get any appointment?”