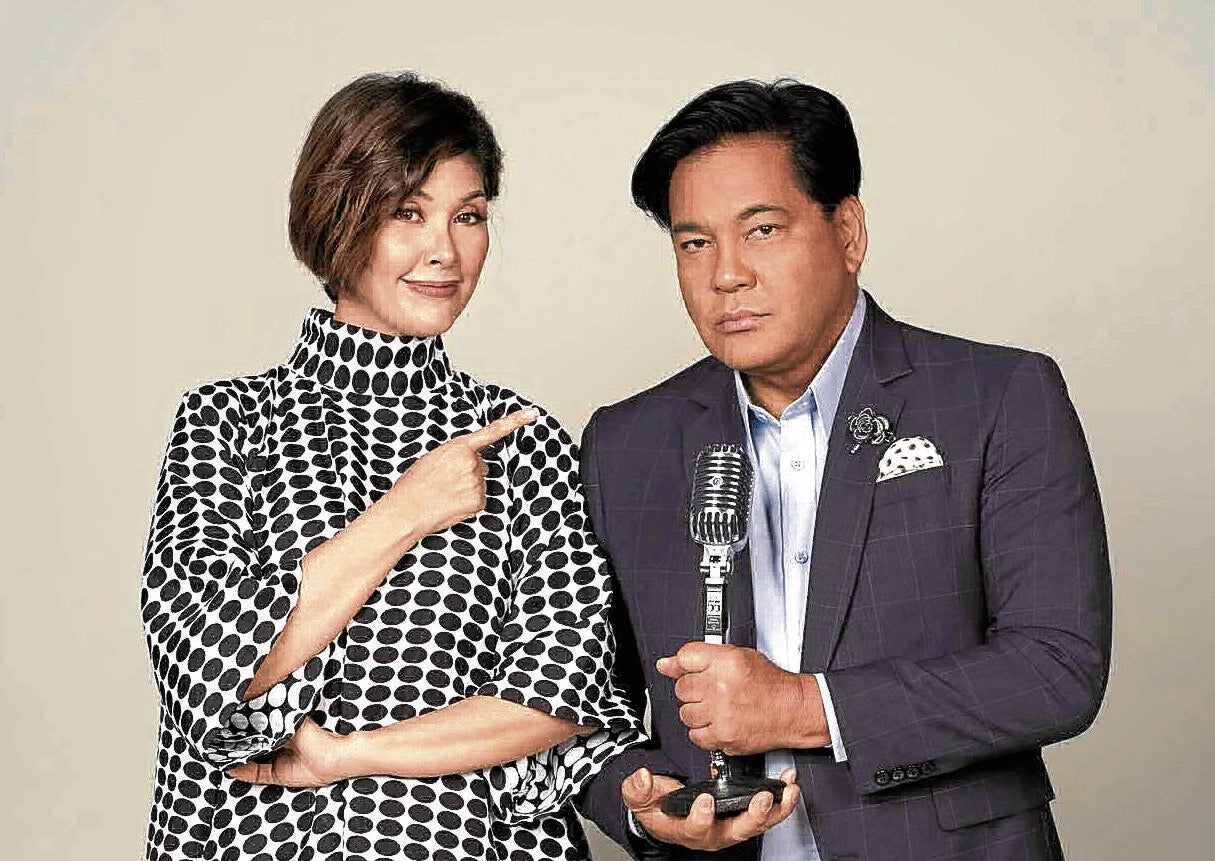 Pops Fernandez doesn’t really know what else to say about rumors linking her to Derek Ramsay and Andrea Torres’ breakup, besides the fact that it’s “absolutely not true.”

“They’re both very nice people, so I feel apologetic that I even became part of the conversation,” she said in a virtual conference for “eXes & whYs,” a new weekly late-night entertainment talk show she co-hosts with Martin Nievera on Cignal TV’s lifestyle channel Colours.

Pops, who attended Derek’s birthday earlier this month, said that while she has met the actor a couple of times in the past, they were mostly because they share the same talent manager, Jojie Dingcong.

“I can count the number of times we have seen one another—and each one of those, Andrea was there. We don’t really talk or text each other,” she said.

The 54-year-old singer said she was clueless as to how even the rumors started.

“I didn’t want to address it, because Andrea and Derek weren’t talking about it. All of a sudden, it’s all over the news, people are talking,” she said. “Until now, I have been getting messages from friends in the United States and Europe, asking me if there was truth to the gossip.”

Pops lamented how some people readily believe what they see online.

“Unfortunately, the sad thing is that you realize that, these days, people seem to easily fall for things like that. Once it’s posted on YouTube, it goes on and on. No one bothers to find out the truth,” she related.

Airing Saturdays at 9 p.m. on channels 202 HD and 60 SD, “eXes & whYs” is a throwback of sorts to Pops and Martin’s iconic variety show “The Penthouse Live!” The ex-couple will tackle different topics, from relationships to issues. They will also share with the viewers their perspectives and how music shaped their lives.

“It’s so nice and refreshing because nothing here is staged. So what you see is what you get—our sincere love and respect for each other, our friendship, which keeps this tandem together,” Martin said of working with Pops.

And what’s a Martin and Pops show without music? “There will be singing, of course, the fun stuff. Of course we’re limited by the COVID-19 protocols, but we can’t not have music. Our guests have also expressed interest in performing, too,” she said.

Meanwhile, Martin hopes that the show could also provide opportunities for musicians who have been struggling to find ways to perform.

“Maybe we can feature them and talk about what they’re doing now or what they’re creating,” he said. “If our job opportunities are limited now, what more for the musicians?”

“We need more platforms. Production people, directors … we have to find ways to bounce back—maybe not as beautiful or immediately, but we have to restore each other’s confidence that once this is all over, we can get back to where we were.”

Read Next
Love Knots, January 2, 2021
EDITORS' PICK
Acer starts the year off strong with the Aspire Vero National Geographic Edition
Gear up and get ready to play with Yamaha Mio Gear
PH to import 60,000 tons of fish to cover shortage
Workers are exempted from ‘no vax, no ride’ policy – DOLE chief
Over 3 Million worth of prizes to be won at Smart Padala’s SENDali Manalo Promo!
#VotePH2022: COVID, power woes loom as poll concerns
MOST READ
Guevarra to Acosta: Obey rules on unvaccinated
Emma Stone calls Andrew Garfield a ‘jerk’ after he ‘lied’ about his ‘Spider-Man: No Way Home’ appearance
Cold-case investigation names surprise suspect in Anne Frank’s betrayal
Czech anti-vax singer dies after deliberate infection
Don't miss out on the latest news and information.