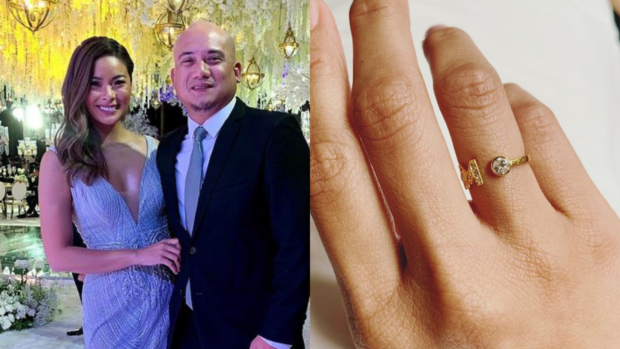 Miss Universe Philippines 2016 Maxine Medina proudly revealed that she has received a promise ring from her boyfriend, Timmy Llana, for Christmas.

“I thought it was just a Christmas gift but this guy… haaaaay [heart emoji],” she said.

Medina noted too that Llana gave a speech before placing the ring on her finger.

“I promise to take care of you and will love you forever,” Llana told her.

Upon hearing Llana’s heartfelt message, Medina could not help but feel grateful and become speechless.

Though Llana did not propose, Medina stressed that the gift is a promise ring. According to the Gemological Institute of America, a promise ring is generally given to signal an exclusive relationship.

Medina confirmed their relationship last June when she marked their anniversary with a touching message.

“Thanks for all the ways you love, support, and care for me,” she said at the time. “I love sharing my life with you. I love you so much.”  /ra

Kylie Verzosa owns up to spitting on Maxine Medina during taping