Why Superstar Nora Aunor will never become ‘outdated,’ according to Direk Joel Lamangan

“She keeps her audience interested by always giving them something new to see,” added Lamangan, spoken like a true Noranian. “She is like wine, which tastes better with age. As she gets older, she only becomes better at acting.”

Lamangan carried on: “Add to this the performance of Phillip Salvador, an actor trained by (the late National Artist for Film) Lino Brocka, and you will have a film that’s really worth watching.”

“Isa Pang Bahaghari” is one of 10 entries to the 2020 Metro Manila Film Festival (MMFF), which runs from Christmas Day to Jan. 7, 2021. “In this movie, you will also see the brilliance of Michael de Mesa,” Lamangan said. “Not to be outdone are the younger stars Zanjoe Marudo, Joseph Marco, and Sanya Lopez. You will witness remarkable ensemble acting. These actors gave their all for the film. This turned the project into a blend of old and new.”

In “Isa Pang Bahaghari,” Nora plays Lumen, a mother who was forced to raise her children on her own after her seafarer husband Dom (Salvador) was reported to have died in a ship explosion. Many years later, Dom reappears, but Lumen, now a paraplegic, is less than thrilled by this.

Dom also faces resentment from his children (Marudo, Marco, Lopez), who are even more embittered than their mother. Despite his failing health, he perseveres to win back Lumen and also earn his children’s forgiveness. All these with a lot of help from his ever-loyal gay friend Rhey (De Mesa).

“Isa Pang Bahaghari” (Another Rainbow) is connected to Lamangan’s previous dramatic film, “Rainbow’s Sunset” (2018), featuring Eddie Garcia, Gloria Romero, and Toni Mabesa. He explained: “The idea is to show the different forms of true love among gay people. These films point out that true love is not exclusive to heterosexuals and that homosexuals are also capable of experiencing this.”

When asked if he was feeling excited about the fact that this year’s MMFF entries will all be streamed online (via www.upstream.ph), Lamangan responded: “I don’t know if ‘excited’ is the right word because what I really like is for people to experience my film in the cinemas. That’s what I grew up doing every Christmas. I miss going inside the cool and dark movie houses to watch along with other people. We don’t know each other but we always leave the theater with the same feeling of awe after seeing a good movie.” 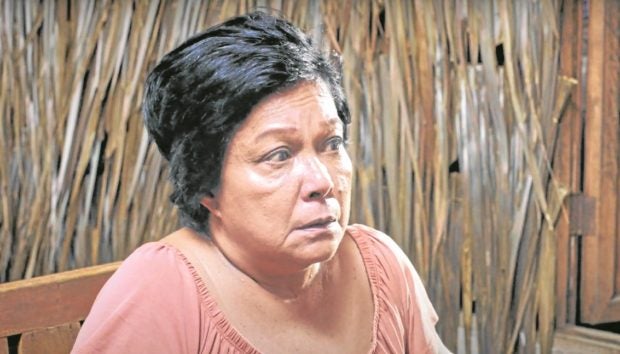 Although Lamangan said he would often watch films and series on Netflix, adding, “it’s the first time that I will be experiencing online screenings of my own film. I wish for the day when we can finally enter movie houses without fear. I miss going there with a group of friends during the Christmas season to experience all the film fest entries. But I sincerely wish for this year’s festival to be a successful one, if only for the sake of my producer.”“Isa Pang Bahaghari” is bankrolled by former actress Harlene Bautista under her production outfit, Heaven’s Best Entertainment. “She is a creative producer,” noted Lamangan. “This means that she doesn’t just hand out the money and expect a good return on her investment. She also looks at the artistic quality of a production. I hope all producers are like her.”

Bautista, meanwhile, is hopeful that digital screenings will be as successful as the traditional ones. “While I agree with Direk Joel when he said that movies are best experienced inside a movie theater, I also see promise in showing them online. Imagine how happy the supporters of Ms. Nora, especially the OFWs, would be when they realize that they no longer have to wait for her film to be shown on cable before they could watch it. They can see it at the same time as us here in the Philippine wherever they are in the world.”

Tickets for “Isa Pang Bahaghari,” as well as the nine other MMFF films, are available worldwide and exclusively via upstream.ph for only P250. INQ