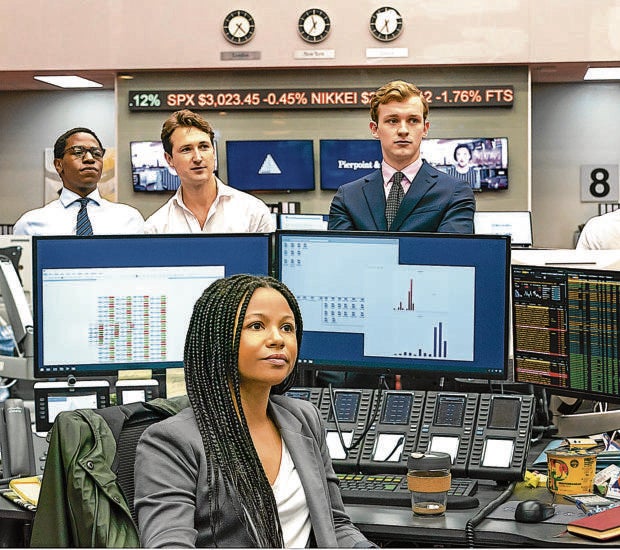 The announcement last week that the HBO series, “Industry,” has been renewed for a second season didn’t really come as a surprise. After all, since its debut last Nov. 10, we’ve had enough time to warm up further to the flawed but fascinating lead protagonists of creators Mickey Down and Konrad Kay’s eight-part dramatic show about a group of young graduates competing for a limited number of permanent positions at a leading international bank in London.It is one of 2020’s finest TV productions—and we aren’t just pulling your leg, dear readers: After calling it “the ‘Working Girl’ for a new generation,” Time magazine cited the show for dialogue that “feels both cerebral and realistic.”

On the other hand, while Hollywood Reporter singled it out for its “steamy escapism,” Wall Street Journal commended this insider’s view of banking and high finance for creating a world that is “thoroughly believable, frequently appalling and fully enthralling.” We couldn’t agree more.

The series, starring the exciting quintet of Myha’la Herrold (Harper), Harry Lawtey (Robert), David Jonsson (Gus), Nabhaan Rizwan (Hari) and Marisa Abela (Yasmin), wraps up its first season with the final two episodes airing back-to-back at 11 a.m. and 12 p.m. tomorrow on HBO Go and HBO, with a same-day encore at 11 p.m. on HBO.

To get you up to speed about these actresses’ characters, let me help refresh your memory: Go-getting New York-raised Harper Stern (Myha’la) knows she has what it takes to give her competitors a run for their money, if she can keep some damaging secrets as far away as possible from her bosses—including the fact that she didn’t really graduate from a prestigious university in the US!

For her part, pretty and affluent Yasmin Kara-Hanani (Marisa) has to prove there’s more to her than connections. She plays out her sexual frustrations by teasing Harry without “consummating” their undefined relationship.

For this exclusive Philippine interview, we’ve recently spoken to Myha’la and Marisa to discuss how they managed to pull off looking so convincing in a sector of society they hardly knew anything about.

Asked about what sort of preparation they had to go through to at least be convincing in this unique world of power and money, Marisa said, “You have to know enough that when you’re speaking, you sound like you know what you’re talking about. But personally, the emotion that comes with what’s going on in that world was most important for me to sink my teeth into.

“It’s a character-driven series, and you’ve really got your work cut out for you in building these relationships. But yeah, I spent a lot of time on something called ‘Investopedia,’ just sort of Googling terminology and making sure I knew what was going on. I also tried to watch as much of finance-related stuff as I could to get a feel of the atmosphere.”

For her part, Myha’la, who’s transfixing as Harper, stressed the importance of context to avoid a confusing portrayal.

“I mean, you have to learn the word and go, ‘OK, now I know what that means in this context—but is that a good thing or a bad thing?” That was mostly me,” she said.

“Once I know which one that is, then I can go from there. But what fuels these scenes goes beyond jargon. The show works because it is mostly about relationships that just play out in the setting of a bank.” 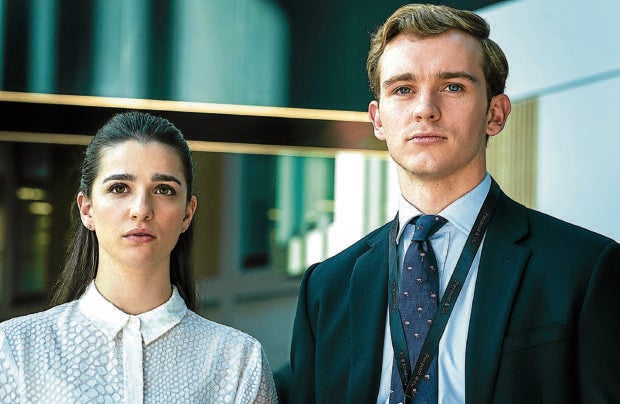 With power being a huge theme for the show, could sex be far behind? After noting how the series treats sex as more female-centric than we’re used to seeing in network shows, the talented duo was asked if Lena Dunham, one of its directors, was responsible for the emphasis placed on female pleasure.

“I think that’s one of the reasons Lena was drawn to the show, so I don’t think her influence is responsible for it,” Marisa clarified. “Definitely, both of us were like, ‘This is amazing!’ But it’s really down to the writers, who clearly understood that it was what was lacking in other shows and how important that was to address. I found it quite scary, and I was a little nervous about how people would react to a young woman who is so hell-bent on getting her [sexual] fix.

“And because you don’t always see that, there might be a lot of people, men especially, who would resent Yasmin’s kind of lusty hunger. Like, if Yasmin doesn’t get it from her boyfriend, she’ll go get it from Robert. That isn’t something we’re used to seeing—and it’s amazing to be introducing that new energy. I can’t wait to make people mad about women getting their pleasure!”

“Yes, Lena was an amazing influence on the show because she’s had so much experience in sex and intimacy onscreen,” Myha’la interjected. “But we were also blessed to have two incredibly amazing intimacy coordinators, thanks to HBO.

“I know a lot of my castmates felt incredibly taken care of. And I also felt a huge amount of agency in collaborating with them—about how those scenes were staged and shot, or what they’d look like.

“Ultimately, all of us were in agreement that sex on TV should be there to either tell viewers something new or help move the story forward. It isn’t just sex for sex’s sake. It has to be done right because, well, sex is real.” INQ