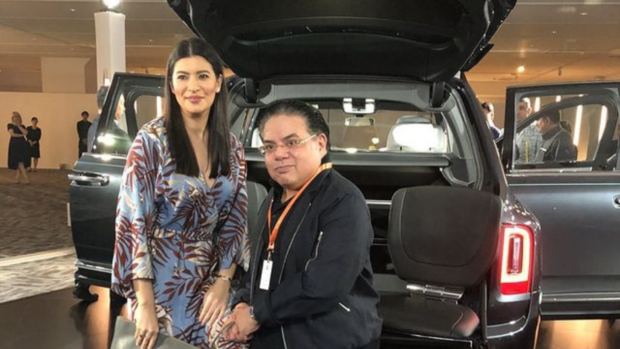 Assunta de Rossi celebrated her and her husband Jules Ledesma’s 18th wedding anniversary with a heartfelt message about their new life with baby Fiore.

The actress also posted an adorable photo of their firstborn, whom they fondly call their “miracle baby,” on her Instagram page on Dec. 14.

Along with the sweet picture, De Rossi noted how she and Ledesma would have had an 18-year-old child by now if she gave birth back in 2002. The couple tied the knot in a civil ceremony in San Carlos City back in December of the same year.

Though they welcomed their first baby a little later than they had hoped for, the couple is undoubtedly thankful for their daughter.

“Well, here she is. She arrived late, our little chick,” De Rossi said.

De Rossi gave birth to baby Fiore last October after almost 20 years of trying to have a child. They first revealed that they were expecting their first baby last May.  /ra